Henry Cavill takes to Instagram to make it official that he's back in the iconic role of Superman.

Henry Cavill has made it official: he is back as Superman and there is more to come. The Man of Steel star took to Instagram on Monday to let fans know that his cameo in Black Adam was no one-off. Saying he wanted to wait until everyone had “a chance to watch Black Adam,” Cavill confirmed his appearance in the film is “a very small taste of things to come.”

The video opens with an image of Henry Cavill in a redesigned Superman costume, suggesting this is the uniform we’ll be seeing Kal-el wearing in any upcoming appearances. Considering the upcoming DCEU film slate, it raises some interesting possibilities regarding where Cavill might appear. Among other things, the actor has long been rumored to be a part of the upcoming The Flash, including our own exclusive report that the actor was recently filming reshoots for the Ezra Miller led film.

As far as the DCEU and its fans are concerned, the potential impact of Henry Cavill’s announcement can’t be overstated. The question of whether or not Cavill would continue to play Superman has been one of the biggest question marks hovering over DC movies for years. There have been plenty of conflicting reports since the release of 2017’s Justice League that Cavill would be returning, that Warner Bros was ignoring him, that he was being replaced, and just about every other possibility you could imagine.

On the other hand, you would be well within your rights if you put absolutely zero stock in what Henry Cavill has to say–not because you necessarily mistrust Cavill, but because Warner Bros. Discovery hasn’t exactly been the most stable and consistent media company this year. With its long list of cancellations–including Batgirl, which had its principal photography complete and had reportedly already cost something in the neighborhood of $100 million–can we trust anything coming out of the WBD camp right now?

No doubt one thing Henry Cavill and Superman fans will be hoping for not too long after this, is some kind of update about Man of Steel 2. Even if you count the release of Zack Snyder’s Justice League, Cavill’s version of Kal-el hasn’t enjoyed a solo feature since 2013’s Man of Steel. As much as fans will no doubt enjoy the Black Adam cameo and any potential appearances in upcoming films like The Flash and/or Aquaman and the Lost Kingdom, it would likely be that much more exciting to learn he was getting his own feature.

Until we know more about the DCEU’s plans for Superman, Henry Cavill fans will get a chance to see the actor in projects outside of Black Adam. Next Friday, November 4, Netflix subscribers can see Cavill reprise the role of the iconic sleuth Sherlock Holmes in Enola Holmes 2. He’s also expected to return to the streamer next summer for the third season of The Witcher. 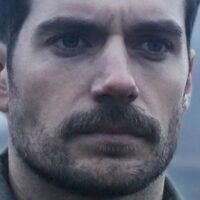