Henry Cavill has been the Man of Steel. He’s been Sherlock Holmes. He’s also been Geralt of Rivia. Now it appears Cavill is looking to add yet one more big-named character to his resume.

While “there can only be one” is the movie’s catchphrase, Henry Cavill looks to be the top “one” as he is seriously circling the Lionsgate Highlander reboot, as reported by Deadline. The reboot comes from producers Neal Moritz and Josh Davis and will have John Wick director Chad Stahelski behind the camera and in charge.

As the reboot is in the very earliest of stages and Henry Cavill hasn’t quite signed on the dotted line, the plot for the new Highlander is a big mystery. Will it be an origin story or will the Highlander world already be a known commodity? Also unknown at this point, if Cavill does sign on for the reboot, will he be Connor MacLeod, who was first brought to the big screen by Christopher Lambert, or would Cavill be a new Highlander altogether.

The original Highlander was a 1986 film that starred Lambert as MacLeod but also starred the late Sean Connery as Juan Sánchez-Villalobos Ramírez, an Egyptian immortal who becomes Connor’s mentor. Clancy Brown also starred as The Kurgan, nemesis to Lambert’s MacLeod.

The popularity for the Highlander goes without saying, so Henry Cavill looking to latch on to that role could be a wise move, especially given the latest word that his return as Clark Kent/Superman in any shape or form is followed by a big question mark.

A Highlander reboot has been talked about for years and even had the likes of Ryan Reynolds surrounding the project. The reboot even once had director Justin Lin (Fast & Furious franchise, Star Trek Beyond) attached. But those names were a few years back and once Chad Stahelski came on board, he had one goal in mind, as he told Entertainment Weekly, “We’re trying to really lay out this universe and not f*ck it up to the point where you cannot continue this story.”

Not even the COVID pandemic and eventual shut down of Hollywood could slow down Stahelski and his crew from further development. “We’re in heavy development mode on Highlander,” he said via Movieweb. “Tweaking the scripts, writing, conceptualizing sequences, how we’re going to do everything. We probably have a lot more in-person kind of things, but it hasn’t slowed down our development process at all.”

This is good news for fans of the Highlander films and TV series. The better news would be to make sure Henry Cavill actually signs on. At the moment, the much-in-demand actor has just wrapped season two of the uber-popular Netflix series The Witcher, a production that also saw delays due to COVID issues and a scary injury to its star.

Nabbing Henry Cavill as the Highlander would be a feather in Stahelski’s cap and another boost for Cavill’s career, not that he needs much of that. His name has been bandied about on various other big projects to include a slight chance at a return to his famous DC role as Superman.

Whichever way the Highlander and Henry Cavill end up (and we are hoping it’s a match made in the Quickening), we will be here to pass along the news. Until then, we will be anxiously awaiting just what new take this reboot will have with the Highlander universe. 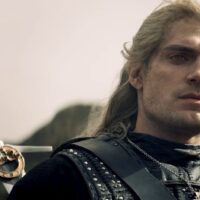 See Henry Cavill As The Highlander In An Awesome Trailer 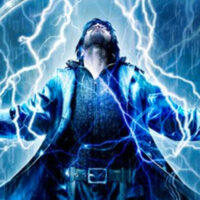 Highlander: All About The Henry Cavill Reboot