When we think dynamic duos, we think Penn and Teller, Jay and Silent Bob, and Wallace and Gromit. Wallace and Gromit much like the other duos of a speaker and silent partner are one of the most widely recognized duos from across the pond. The pair of a man and his silent dog has been around since 1989 when the duo released a short film called A Grand Day Out. Decades and a few other short films later, the pair got their own feature film called Wallace and Gromit: The Curse of the Were-Rabbit, which starred none other than Helena Bonham Carter as Lady Campanula Tottington. The stop-motion film is currently top ten on IMDB TV and has maintained high critical status since its initial release.

Wallace and Gromit are quite the pair and the studio behind this beloved duo also made the highly successful 2000 film, Chicken Run. Both Chicken Run and Wallace and Gromit: The Curse of the Were-Rabbit are the two highest-grossing stop-motion films in history. With the Wallace and Gromit feature sitting in second place. While it came out in 2005, it still holds a well-respected 95% “certified fresh” rating on Rotten Tomatoes, and a 79% audience rating to boot. Not bad for a film that has been out for over 15 years. The family-friendly film saw the pair reunite for their longest adventure yet.

Wallace and Gromit: The Curse of the Were-Rabbit follows the duo as they run a humane pest control service in their town. Anti-Pesto is the name of their business and cleverly named as they don’t use any sort of pesticides or harmful tricks to stop bugs and critters from getting to vegetables. While using some contraptions on Lady Campanula Tottington’s (Helena Bonham Carter) yard, things go awry. Wallace uses items called the Bun-Vac 6000 and the Mind Manipulation-O-Matic on some rabbits, but things go terribly wrong. The Mind Manipulation-O-Matic is designed to trick rabbits into hating vegetables, but it reacts in a way that swaps the personality of Wallace and a rabbit called Hutch. During the night and in the full moon, Wallace becomes the legendary Were-Rabbit. He proceeds to eat all the vegetables in the entire town. With his best friend changed into a “monster”, it’s now up to Gromit to save the day and switch back his best friend from the harmless bunny that has taken over his body.

Much like Chicken Run, Wallace and Gromit: The Curse of the Were-Rabbit is full of eccentric fun. The film is one of the best stop-motion and claymation ventures out there, and something of a lost art form. The usual thing for animation is to involve tons of CGI or hand-drawn animation, but stop motion looks amazing when it is done right. Take Isle of Dogs, for instance. It’s a heart-warming stop motion adventure from director Wes Anderson. Wallace and Gromit are more of the same, as it is one of the most heartfelt pairings out there. I mean, who can hate a man whose best friend is a dog? Helena Bonham Carter plays a fantastic role in the grand scheme of things with her massive red mouth and clown-like orange hair. Her character shares the same type of heart as Wallace and Gromit do, as none of them want to hurt any other animals by inhumane means.

On a budget of $30 million, Wallace and Gromit: The Curse of the Were-Rabbit pulled in over $194 million in worldwide box office numbers. That is not bad for a stop-motion film. It is only second to Chicken Run, which made $224 million. Both films feature great casts, as Mel Gibson joined Chicken Run and Helena Bonham Carter being the big get for Wallace and Gromit. Wallace and Gromit are truly one of the most heart-warming duos that have ever graced film screens, as they are always getting into family-friendly situations that are easily dealt with by using heart and empathy. Again, man and his dog, what’s not to love?

It has been some time since have seen a Wallace and Gromit feature. Aardman Studios, who has created all these wonderful stop motions films, has released their newest venture on Netflix. The 32-minute short film is called Robin Robin and features the voice of Gillian Anderson, known for The X-Files. The short film is currently nominated for Best Animated Short Film at the Oscars. Hopefully, a new Wallace and Gromit film can be born from this short film’s success and they give Helena Bonham Carter a call to also return as Lady Campanula Tottington. Try saying that five times fast. 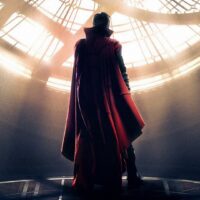 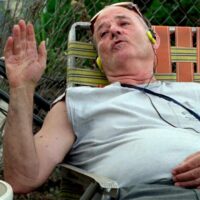