The major shakeup at HBO Max’s new parent company, Warner Bros. Discovery, continues as Made for Love gets its walking papers. Based on Alissa Nutting’s 2017 novel of the same name, the Cristin Milioti-led, sci-fi dark comedy has been canceled after two seasons. The news follows several cuts at the streamer as CEO David Zaslav has been tasked with trimming $3 billion from the company’s budget. He is also reexamining some of the studio’s more expensive overall deals.

Speaking about the cancellation, HBO Max said the company is tremendously grateful for the truly spectacular journey of the past two seasons. The streamer also thanked Alissa Nutting, Christina Lee, Cristin, Billy, Ray, and the entire Made for Love cast and creative team for their dedication to the show. Zelda the talking dolphin and everyone’s favorite synthetic love interest, Diane were also mentioned with affection. “Like a Gogol chip, the series will always be on our minds,” representatives said via Variety.

the first season of Made for Love premiered in April 2021, on HBO Max. The story chronicled the tumultuous, suffocating marriage between Hazel Green and her husband Byron Gogol – a tech billionaire who implanted a Made for Love monitoring device in her brain. With it, he was able to track his wife’s every move and collect her emotional data as she tried to regain her independence. After discovering the implanted chip, Hazel escapes to her desert hometown to find solace with her aging widower father, Herbert who lives with his synthetic partner, Diane.

In the second season of the former HBO Max show, which aired its final episode in May, Hazel returned to her high-tech home to help her dad as he battled cancer. Once back, Hazel and Byron became entangled in his company’s ominous new technology. The series ended on a cliffhanger, with Hazel trapping her husband’s consciousness deep inside his body, allowing her to take over Gogol and keep him as her prisoner. As an added twist, she was also six months pregnant with his baby.

In an interview with Entertainment Weekly before the cancellation by HBO Max, Milioti said she had some ideas she’d like to explore if the show made it to a third season. “What does someone who has gone through what she’s gone through do with that much power?” she told the publication. Pointing to Hazel’s unpredictability, rash decision-making, and struggles with communication, the actress said she would like to see what all that power does to the character.

Starring alongside Cristin Milioti as Hazel Green in the now-defunct HBO Max series was Billy Magnussen as Byron Gogol, Ray Romano as Herbert Green, Dan Bakkedahl as Herringbone, Noma Dumezweni as Fiffany, and Augusto Aguilera as the Liver. The second season of the show also featured Caleb Foote as Bennett Hobbes and Sarunas J. Jackson as Jay / Jasper.

Made for Love is executive produced by Christina Lee, Alissa Nutting, Patrick Somerville, Dean Bakopoulos, Liza Chasin, Daisy Mayer, and SJ Clarkson. Lee. Lee also served as showrunner for the first season and was joined by Nutting as co-showrunner for the show’s second and final outing. The HBO Max series hails from Paramount Television Studios. 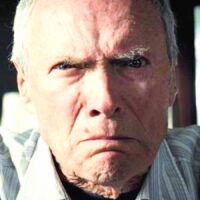