HBO and HBO Max have worried plenty of people, as plenty of cancelations have happened in recent weeks. However, the fate of the network's best sitcom has been revealed.

It appears that HBO will be stuck with Larry David for a bit longer, as it was recently announced that Curb Your Enthusiasm has been renewed for a 12th season. This is great news considering last we heard about the series, David was discussing the death scene that was written to end the series permanently. Killing off the main character is a bit hacky, but it would make complete sense that David would want this to happen. How would this irreverent comedy end without just killing him? Well, for now, no one is going to have to see the fictionalized version of the man killed off in his own series.

Curb Your Enthusiasm began on HBO some 20 years ago and contains plenty of real-life stars, who often appear as fictionalized versions of themselves as well. For instance, Jeff Garlin is one of the main characters, but he goes as Jeff Greene in the series. Now that the series has been renewed for its 12th season, it stands as the longest-running scripted series on the network. That is certainly something to be proud of. This news could have also been why the death scene involving Larry David in the series has been scrapped, at least for now. Jeff Schaffer, an executive producer on the show, commented on the scrapped death scene and mentioned that both men always treat each season as if it’s going to be the last. That is certainly no longer the case.

There are reports that HBO essentially allows Schaffer and David to have an “open door” policy for Curb Your Enthusiasm. If they happen to come up with some new ideas, they are basically told “yes.” That is how beloved the series has become on HBO, and we once again get to see David deal with his many grievances in the world of celebrity status. David was also meant to have a documentary about his life shown on the network before he decided to pull it just hours before it premiered. David claimed that if he was going to release a documentary, it should be in a live format, likely involving some sort of Q&A portion. Also, David might have canceled that documentary so that he would do it once Curb Your Enthusiasm was officially over. This is just speculation, but that could be the case.

Despite what Larry David has planned for his documentary, it is fantastic that Curb Your Enthusiasm is going to be returning for another season. The series has been one of the funniest shows that has ever been produced on HBO. It makes complete sense that the network would allow the show to continue if David and Shaffer have more ideas. It’s just that good.

There is no news about when Curb Your Enthusiasm is going to be filming its new season. We would imagine that it might happen before the year is out, which could mean we would see the series debut in late 2023. Hopefully, production can begin soon, and we won’t have to wait too long to see Larry David return to his best show. 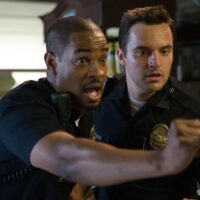 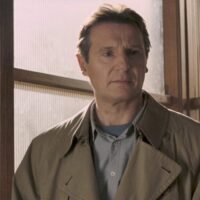 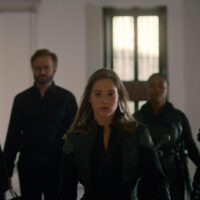