The first trailer for the Yellowstone prequel 1923 shows Harrison Ford preparing for war over the Dutton Ranch.

Paramount+ has released a trailer for 1923, a prequel to the highly successful Yellowstone series starring Helen Mirren and Harrison Ford. The clip opens with a shot of Cara Dutton being approached by Donald Whitfield who happily says he has moved into the ranch next to theirs. Jacob Dutton is then seen talking to the town’s sheriff who says he can’t start a range war with Whitfield, who has partnered with Banner Creighton. “The wars already started,” the Dutton patriarch replies.

The rest of the clip sees Cara and Jacob Dutton (portrayed by Helen Mirren and Harrison Ford, respectively) fiercely defend their home from Whitfield who wants to claim ownership of the entire valley. “You attack my family, it’s going to be the last thing you ever do,” Jacob says. Viewers also get a glimpse at what the Yellowstone Ranch was like years before John Dutton was born. And it isn’t all that different.

Created by Taylor Sheridan, 1923 follows an earlier generation of the Dutton family led by Cara and Jacob Dutton. The pair of Helen Mirren and Harrison Ford portrays the brother and sister-in-law of Tim McGraw’s James Dutton from 1883, as the area deals with The Great Depression, prohibition, and a historically crippling drought. According to The Hollywood Reporter, the series will premiere on the Paramount Network and Paramount+ on December 18th.

Along with Harrison Ford, the prequel also stars Darren Mann, Michelle Randolph, James Badge Dale, Marley Shelton, Brian Geraghty, and Aminah Nieves. Paramount is further expanding the Yellowstone universe by turning its second installment of 1883 into a new limited series called Bass Reeves. It stars David Oyelowo as the first Black Deputy U.S marshal west of the Mississippi. However, there is no official release date for the show.

Yellowstone 1923 marks the first major television role for Harrison Ford who will also appear as Dr. Phil Rhodes in Shrinking. The new series for AppleTV+ consists of 10 episodes and is written by Jason Segel. The story follows Jimmy, a therapist dealing with severe grief who begins to breach ethical barriers by telling his patients what he really thinks about their problems. His approach causes massive changes to his and their lives.

Starring alongside Harrison Ford and Jason Segel in Shrinking is Jessica Williams as Gaby, Christa Miller as Liz, Michael Urie as Brian, Luke Tennie as Sean, Lukita Maxwell as Alice, and Tilky Jones as Donny. The series, which is executive produced by Segel, Bill Lawrence, and Emmy Award-winning writer Brett Goldstein, is scheduled for release sometime in 2023.

Fans will also get to see Harrison Ford in the upcoming untitled fifth Indiana Jones movie. Directed by James Mangold from a script he co-wrote with Jez Butterworth and John-Henry Butterworth, the movie will serve as a sequel to 2008’s Kingdom of the Crystal Skull. The film also stars Phoebe Waller-Bridge, Mads Mikkelsen, Thomas Kretschmann, Boyd Holbrook, Shaunette Renée Wilson, Toby Jones, and Antonio Banderas. The movie will hit theaters around the world on June 30, 2023. 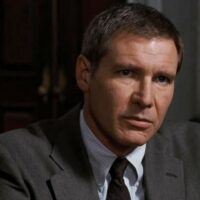 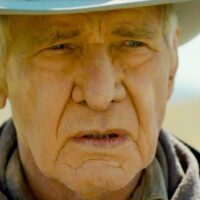 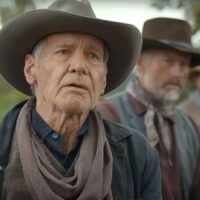