No, not Harrison Ford, the other Han Solo! Alden Ehrenreich has just signed on for the cast list of Ironheart which will be a Disney+ series. Ironheart will star Dominique Thorne as Riri Williams. Riri Williams is a genius inventor in the MCU who creates the most advanced suit of armor since Iron Man. With Robert Downey Jr’s Tony Stark sacrificing himself to take out Thanos once and for all, this seems like the perfect time to introduce a worthy successor to the genius inventor’s armored throne.

There’s no word on what role Alden Ehrenreich will be playing in the upcoming Ironheart series, but the report says that it will be a key role. Ehrenreich joins the list of previously announced stars that includes the aforementioned Thorne, as well as Anthony Ramos, Manny Montana, Lyric Ross, and Harper Anthony. Rumors say that we might be meeting Dominique Thorne’s Riri Williams before her solo Disney+ series in Black Panther: Wakanda Forever. If that turns out to be true, it’ll be interesting to see how she factors into the story. Chinaka Hodge is onboard as the head writer for the Ironheart series.

Though Alden Ehrenreich has been in Hollywood for a number of years now, he broke out to audiences in 2016’s Hail, Ceasar! with a scene-stealing role was easily one of the highlights of a movie that included the likes of George Clooney, Channing Tatum, Ralph Fiennes, Scarlett Johansson, and more. It’s always impressive when an actor can become the standout in a Coen Brothers movie with a typically stacked cast of talent. Ehrenreich then starred in an origin story for the stuck-up, half-witted, scruffy-looking nerf herder Han Solo. While the reception was mixed, Ehrenreich did a serviceable job in the role.

Now that Alden Ehrenreich nabbed the Ironheart role, he’s officially in two of Disney’s biggest franchises with the MCU and Star Wars on his resume. Of course, he also recently wrapped production on another enviable Hollywood job — acting in a Christopher Nolan film. Ehrenreich is on the stacked cast list for Nolan’s upcoming film Oppenheimer, which tells the story of American scientist J. Robert Oppenheimer and his role in developing the atomic bomb. Cillian Murphy stars in the titular role with Emily Blunt, Matt Damon, Florence Pugh, Robert Downey Jr., Jack Quaid, Rami Malek, Gary Oldman, Kenneth Branaugh, and Matthew Modine also on the cast list. Oppenheimer is set to come out in July of 2023.

Alden Ehrenreich also will be co-starring in the upcoming film Cocaine Bear, which will feature Ray Liotta in one of his last roles before his recent passing. The movie tells the story of a drug runner who crashed their plane with a load of cocaine, which a black bear promptly finds and eats. Elizabeth Banks directs with Keri Russell, O’Shea Jackson Jr, Jesse Tyler Ferguson, and Margo Martindale also starring. Cocaine Bear is expected to come out in February of 2023. In the meantime, while we wait to find out Ehrenreich’s role in the MCU, you can check out the latest Marvel blockbuster Thor: Love and Thunder which is currently in theaters. 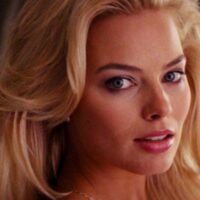 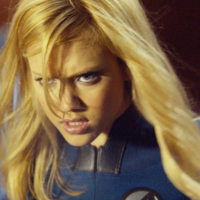