Halo continues to ramp up production on the series adaptation of the popular video game. A number of different cast and crew decisions have already been put into place for the much-anticipated Showtime series. And we have an exciting announcement in what could be one of the final casting moves. It should be a big win for fans of the game. Jen Taylor will reprise her role as the voice of Cortana after working in the role on the previous versions of the video game.

Cortana, for those not familiar with the Halo game, is the artificial intelligence that accompanies and assists Master Chief John-117 in his battle against the Covenant. Originally, Taylor had not been cast in this role with actress Natascha McElhone lending her pipes to the artificial intelligence. McElhone has also been cast as Dr. Catherine Halsely. This character, not present in the actual video game, is a member of the USNC and creator of the Spartan Project. That’s the group fighting against the Covenant, a superrace of aliens bent on taking over the universe.

Because of scheduling difficulties around COVID-19 delays, among other things, McElhone was not able to pull double duty and had to hand over the voice work to another actress. It just made sense this would go to Taylor considering her extensive work already in the Halo game. And for fans, this change likely lends some stability and familiarity to the original work. Frankly, it’s surprising they didn’t go this direction from the beginning.

Besides her work in every Halo video game to date,  Taylor has a number of other voiceover video game work on her resume with spots in Infinite Crisis, Dota 2, and Left 4 Dead 2. Avid gamers will likely welcome the familiar voice to the television series.

Halo, the Showtime series, has been in development for the last couple of years. Principal shooting started way back in 2019 and the cast and crew have already been well flushed out. Along with the aforementioned McElhone, Pablo Schreiber will star as the main protagonist Master Chief John-117. He’s the user of the HALO technology who’s set with the task of taking up the fight against the Covenant. The actor most recently appeared on the Starz adaptation of American Gods.

Rounding out the cast is Bokeem Woodbine as Soren-06, Charlie Murphy as Makee, and Shabana Azmi as Admiral Margaret Parangosky. It’s a stacked cast for the inaugural season which is set to run for ten episodes.

Halo is show-run by Kyle Killen who has some underwhelming network productions like Lone Star and Awake under his belt already. Neither show lasted all that long and this latest represents his most ambitious and anticipated work to date.

The recasting of Cortana comes late in the game, but seeing as it’s strictly voiceover work, it likely doesn’t include any reshoots. As the production is presumably winding up, adding on the Cortana voice can come as a final piece of the puzzle and wouldn’t require clearing any additional production hurdles.

The Halo series is set up to be a rather massive undertaking and event for Showtime. It’s already spent over $40 million dollars on the production, apparently sparing little expense when it comes to the effects and settings. Video games-turned-shows or movies don’t have the greatest track record in Hollywood. More times than not even the most popular video games have failed to garner much success either critically or financially. But those tides could be turning. There are a number of much-anticipated productions coming down the pike. The Last of Us is coming to HBO while Amazon has a Fallout adaptation in the works as well. These are just a couple of productions in development that use video games as their *source* material.

Halo doesn’t have a firm release date though it appears to have finished its filming in Hungary. Best guesses have it hitting the small screen sometime in early 2021. This latest recasting likely means we are getting closer and closer to a finished project and hopefully mean the last bits to iron out before it hits the air. Considering the popularity of the video game, Halo should be near appointment television when it does finally come to Showtime. 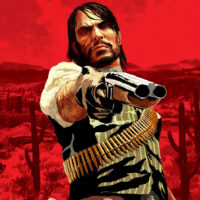