Back in September we got to see a teaser for Halle Berry’s return to the big screen with Moonfall — next year’s disaster epic that puts the Moon on a collision course with the Earth. Two months later, almost to the day, we’ve got a new trailer with new scenes, including one with Donald Sutherland that reveals more about what’s actually behind the danger on its way to Earth.

The new trailer opens with Donald Sutherland’s Holdenfield retelling the story of the Apollo Moon landing, while adding a conspiracy theory twist. According to his narration, the Apollo 11 crew never lost contact with Earth for two minutes, but instead found something on the dark side of the Moon. Whatever the crew found has something to do with why the Moon is about to make a beeline for Earth and get Halle Berry and her costars very busy. You can watch the trailer below.

What stands out the most in this new preview is that it’s made much more clear that there’s something artificial going on in the Moon. We get shots of Halle Berry and others from inside the Moon, where there’s some kind of massive complex waiting. We also see what appears to be some kind fast-moving machinery or creature — somewhat reminiscent of the feared Smoke Monster from Lost.

Moonfall represents a couple of significant cinematic returns. Halle Berry leads the film as NASA executive and former astronaut Jo Fowler. When the film hits theaters next year, it will be the former X-Men star’s first time on the big screen since the sports drama Bruised, which was first screened in 2020 at the Toronto International Film Festival and will stream later this month on Netflix.

The other return is that of director Roland Emmerich to the genre that made him famous — the global disaster film. He’s taken a break from the genre for a bit, with his last directorial project being the 2019 war film Midway. Emmerich has said the Halle Berry starrer Moonfall is something of a mixture of his films 2012 and Independence Day. With the new trailer, we see a bit more of the latter inspiration’s with Sutherland’s dialogue. Listening to him talk about the secret the government has kept from its people about the Moon, it’s impossible to not be reminded of the Area 51 reveal in Independence Day.

Moonfall has been in development for quite a while. Back in 2014, before Halle Berry was attached, a director as far from Roland Emmerich as you get — the much more surreal-minded Darren Aronofsky — was close to directing what at the time was being described as “Fargo on the Moon.” And it just isn’t the director who’s changed. Stanley Tucci was originally going to be in the film until COVID-19 travel restrictions took him out of the cast, to be replaced by Michael Peña (Ant-Man). Likewise John Bradley’s (Game of the Thrones) character KC Houseman was initially going to be played by Josh Gad, but schedule conflicts took the latter actor out of the picture. 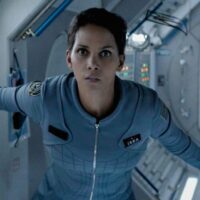 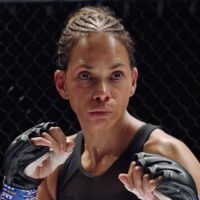 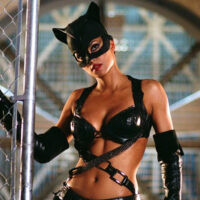