Gwyneth Paltrow, or GP for those closest to the actress, is ready for the holidays with her Goop Gift Guide full of outrageously priced, over-the-top gift ideas. Variety shared the promotional video that takes the viewer inside Gwyneth’s holiday workshop. Here she reveals gifts featured in this year’s guide as well as what gifts she will give to special people in her life, including her ex, Brad Pitt, close friend Drew Barrymore, famous couple Kourtney Kardashian and Travis Barker, and her mom, Blythe Danner.

She has also enlisted the assistance of her BFF Cameron Diaz to try out seasonal favorites in the kitchen, where she enjoys a glass of Rosé with her macarons. Later Diaz joins the testing panel, where she then enjoys a glass of red wine. Proving it pays to be friends with the boss.

This year’s holiday Goop Gift Guide features gifts of the highest quality and price tag. With an outrageous stocking stuffer section, prices begin at $12 for a 5-stick pack of Morning Skin Super Powder to a $100 frypan set. Sadly, the $40 Smells Like My Vagina perfume roll-on is sold out.

If you are unaware, in 2008, Gwyneth Paltrow began a humble weekly newsletter, Goop, from the comfort of her kitchen. From there, she would expand into a modern lifestyle brand that is a place of curiosity and non-judgment. Now fans can read about product recommendations and listen to the Goop Podcast that features many well-known names, including Oprah, Erin Brockovich, Zach Bush, and more.

Gwyneth Paltrow and the crew at Goop have created items for the shop they desired for themselves and now pass them on to their consumers. This includes supplement packs, vibrators, self-care kits, and more.

Another fun bit in the video is at the end, Gwyneth Paltrow receives a call from her assistant, who informs her that she has a call from businesswoman and TV personality Martha Stewart. According to Variety, a perceived rivalry between Paltrow and Stewart has been ongoing for 10 years after Stewart badmouthed the actress and her business. Was this just a dig, or will there be a truce between the two women?

The brand also has brick-and-mortar stores where you can experience hands-on shopping in the luxury of a Goop store. There are five locations, Santa Monica and Montecito, California, New York City, Kohala Coast, Hawaii, and Sag Harbor, New York. They also host pop-up stores, and many retailers carry Goop products in locations around the globe.

Well-known for her role in the MCU as Pepper Potts, Gwyneth Paltrow began acting in 1991 with a small part in the drama film Shout. Since then has played many memorable roles starring in Se7ven, Emma, Shakespeare in Love, The Talented Mr. Ripley, The Royal Tenenbaums, and most recently, she starred as Georgina Hobart in the series The Politician. 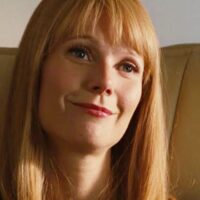 Gwyneth Paltrow Is Done With Acting