Gwendoline Christie is best known for playing Brienne of Tarth on HBO’s Game of Thrones. She was wonderful in the role as a tough, though awkward soldier, often having to prove to her male soldier counterparts that she was, in fact, up for any kind of fight. Since that show left the air two years ago, the actress has taken only a few bit parts in movies. But things are picking up now and apparently, Christie has landed a role in another much-anticipated series, also in the fantasy vein. She’s been cast on Netflix’s The Sandman.

It’s not exactly known what role Gwendoline Christie will play on the new show though some speculation she’ll take on one of the roles in the group of Endless. Two of those, Desire and Death are portrayed by females in the comics and one of those could be her part.

The Sandman is an upcoming Netflix show based on the Neil Gaiman comic book series of the same name. It follows the main character Morpheus/ Dream who has dominion over the dream world. He’s a member of the aforementioned group called the Endless which also includes Destiny, Death, Desire, Despair, Delirium, and Destruction. The comic book series involves Dream moving between the sleeping world (his dominion) and the real one. It’s typical Gaiman fare, dark and haunting. Gwendoline Christie could fit right in here.

The show is set to hit Netflix for an 11-episode run with filming already underway. Gwendoline Christie would be joining Tom Sturridge who’s already been cast in the title role. Allen Heinberg is acting as the show runner after writing Wonder Woman while also executive producing multiple seasons of Grey’s Anatomy. David S. Goyer is on to direct multiple episodes as well. There’s a great creative team behind this in adapting Gaiman’s vision to the screen.

While Gwendoline Christie is best known for playing Brienne of Tarth on Game of Thrones did also have a role in the Star Wars universe though it was a little tougher to tell. That’s because she played Captain Phasma, the intimidating but shielded stormtrooper leader in the First Order. She was featured in both The Force Awakens as well as The Last Jedi in that role.

As far as The Sandman is concerned, Gwendoline Christie is getting into the production a little late in the game. But better late than never. Filming was originally supposed to start in late spring of 2020, but pandemic-related closings delayed things for the entire summer and into the fall. Things picked back up in mid October. From this perspective, it stands to reason the actress has a smaller role in the production.

Though to me, Gwendoline Christie will always be the Jamie Lannister-loving, Sansa Stark-protecting, Hound-defeating Brienne, it will be great to catch her in a new fantasy series. And this one will definitely be a step away from that great Game of Thrones character.

There’s currently no release date for The Sandman, but good chance we get it before the close of 2021. 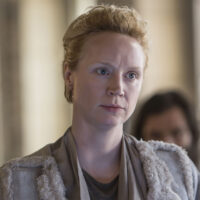 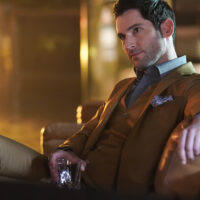 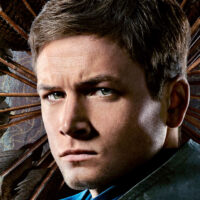