The Ben Stiller-directed show’s second season is currently in production with an anticipated return date to the subscription streaming platform sometime next year.

Gwendoline Christie’s role in the upcoming second season of Severance is currently unknown to the Apple TV+’s loyal fanbase, but given the dramatic shift the series took in its first season, Christie appears to be up to the challenge of joining an established project. The English actor was added to the cast of Game of Thrones in 2012 and stayed on the hit HBO series until it went off the air in 2019, playing Brienne of Tarth and earning a nomination in 2019 for the Primetime Emmy Award for Outstanding Supporting Actress in a Drama Series.

She will next be featured alongside Jenna Ortega and Christina Ricci in the Netflix television adaptation of Tim Burton’s Wednesday, concerning Wednesday Addams and her teenage exploits at Nevermore Academy where Christie’s character of Larissa Weems is the principal.

Prior to her work on Game of Thrones and her casting announcement this week for the next season of Severance, Gwendoline Christie has been a fixture in British arts for years, taking her talents to the stage, television, and to blockbuster franchise films.

Christie made her mark in London playing a variety of roles on the stage, including Sir Boss in Giantburn, Mag Wildwood in Breakfast at Tiffany’s and most recently portraying the dual role of Titania and Hippolyta in A Midsummer Night’s Dream. Due to her work in films like The Hunger Games: Mockingjay – Part 2, she was cast as Captain Phasma in 2015’s Star Wars: The Force Awakens, and reprised the role for its sequel, Star Wars: The Last Jedi.

Adding a great deal to the Star Wars set of films, Gwendoline Christie has propelled her acting talents to various other movies and television series in the last few years, marking a career high for the 44-year-old actor as she continues to book high-profile projects for various streamers.

She has worked with several well-known and established directors that many actors would dare dream of, including Terry Gilliam, Francis Lawrence, J.J. Abrams, Rian Johnson, Robert Zemeckis, Armando Iannucci, and most recently with Peter Strickland in the 2022 movie Flux Gourmet.

Gwendoline Christie has found herself on Netflix in two television shows as of late, with Wednesday due to be released in November, and The Sandman already streaming where she plays the infamous part of Lucifer, a role originated on the streaming service by actor Tom Ellis. 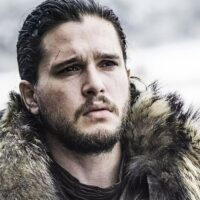 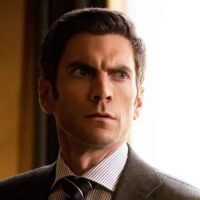 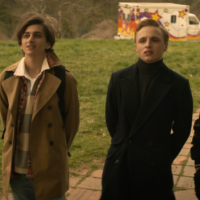 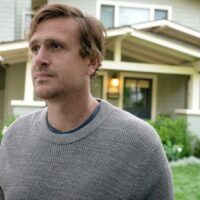