As fans continue to fall in love with the Marvel Cinematic Universe by way of new TV shows and its latest hero, Shang-Chi, others are still waiting on the edge of their seats to see how things finish up with Star-Lord and company in Guardians of the Galaxy 3.

Unfortunately for fans, by the time Guardians of the Galaxy 3 hits theaters, roughly five years will have passed between each installment. However, unlike your average movie franchise, that doesn’t mean that there has been a drought of seeing the Guardians thanks to their appearance in Avengers: Infinity War, Avengers: Endgame and the upcoming fourth Thor film titled Love and Thunder as well as a 2022 Holiday special.

Still, when they do return, an unlikely series regular recently revealed that the story will focus mostly on sisters Gamora and Nebula than any of the other team members. Speaking to Comicbook.com, Seth Green, who voiced Howard the Duck in both Guardians films as well as a handful of other Marvel projects, noted that he’s unsure if his character will return in Guardians of the Galaxy 3. Instead, he merely teased that conversations with director and writer James Gunn have revealed that the story will mostly be about the two daughters of Thanos.

When last fans saw them before Guardians of the Galaxy 3 they had reconciled their childhood trauma, but Gamora was killed by Thanos only to be replaced with an alternative version of her from another timeline who was largely unaware of her past adventures with Peter Quill and the rest of the team.

Green’s comments echo those previously made by James Gunn about Guardians of the Galaxy 3 in which he noted that he plans to expand Nebula’s role as well as the previous sequel’s newcomer, Mantis. He lamented that they both had “too few lines” in the other movies and hopes to rectify that in their third and potentially final outing.

One thing that Green was a little murky on was where in the Marvel Cinematic Universe timeline Guardians of the Galaxy 3 would take place, speculating that it could be a prequel or act as a direct sequel. While the franchise has certainly not been shy about playing around with time and setting movies like Black Widow in more convenient parts of its timeline, Gunn previously offered some helpful insight into when the third film will take place.

In a Q&A with fans on Instagram, Gunn revealed that Guardians of the Galaxy 3 will take place after the events in Thor: Love and Thunder. As a result, given that Thor didn’t meet the Guardians of the Galaxy until the events of Avengers: Infinity War, it’s doubtful that a prequel is in the cards. In fact, Gunn has also said in subsequent interviews that the film will also take place after the events of the Dinsey+ one-off holiday special coming just before the movie in 2022. IGN reports that he told fans on Twitter that the holiday special would bridge the gap between the last time fans saw the team (as well as when they’ll be seen in Love and Thunder and help set up what happens in Guardians of the Galaxy 3.

So, it seems eager fans will need to digest both Thor: Love and Thunder as well as the holiday special if they plan to be fully in the know for Guardians of the Galaxy 3 and what’s going on with the time-displaced Gamora and her sister, Nebula. 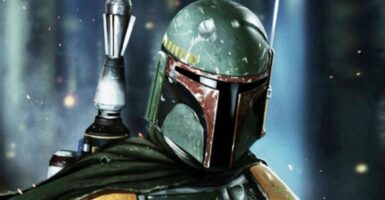 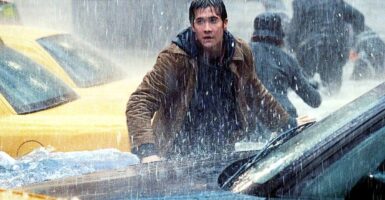