The long-running medical drama Grey’s Anatomy has gone through almost every possible storyline, from bomb threats, plane crashes, and incredibly risky brain surgery, but now the latest drama is coming from the show’s writing room. BuzzFeed News reports the bizarre story of Elisabeth Finch, a former writer, consultant, and at times, an on-screen character for the show. Finch started lying, 10 years ago, about a cancer diagnosis, starting a decade of lies, embellishments, and ever more elaborate ruses to Shonda Rhimes and her bosses at Disney.

Finch started lying to colleagues back in 2007, during the Writer’s Strike, when she hurt her knee and had to get knee replacement surgery. After she had recovered, the support dried up and so she decided to lie about another medical issue, causing another outpouring of support and attention that she, by her own admission, was craving. While working in the Grey’s Anatomy writer room, Finch started lying about being diagnosed with a rare form of bone cancer, chondrosarcoma, causing her to lose a kidney, and part of her leg.

The cancer diagnosis played out on screen in a 2018 Grey’s Anatomy storyline with Debbie Allen’s Dr. Catherine Avery discovering she had cancer. The story was intended to be a tribute to Elisabeth Finch, and at the time, no one knew Finch was lying about everything related to the diagnosis. To sell the story, Finch shaved her head and showed up to work with a fake catheter, all to convince colleagues that she was undergoing chemotherapy.

Beyond the cancer diagnosis, Finch told more lies to the Grey’s Anatomy staff, including the claim that a close friend was killed in a 2018 Pittsburgh synagogue attack. As if that was not enough, she doubled down one year later, claiming that her brother had committed suicide. The brother is alive and well, he lives in Florida.

The public knows about Finch’s cancer diagnosis, her brother’s suicide, and even allegations that while working on The Vampire Diaries a male director harassed her, due to frequent blogs, articles, and contributions to websites such as Elle, The Hollywood Reporter, and the Shondaland homepage. Finch’s life story, filled with tragedy, was welcome in the Grey’s Anatomy writing room, as a source of inspiration for the trials and tribulations to put the characters through. Earlier this year, rumors started circulating in Hollywood that Finch’s stories were not adding up, causing the network to launch an official investigation.

Now, months later, Finch as admitted to lying for the support and attention that it would bring her. The original source, in a twist worthy of Grey’s Anatomy, turns out to be Finch’s wife, Jennifer Beyer. A registered nurse, Beyer had to discover the lies herself through careful sleuthing, at which point she reported them directly to Disney and Shondaland.

Finch has come clean about her lies, explaining that she has lost work, friends, family, and is currently in the middle of a divorce from Beyer. Grey’s Anatomy, still starring Ellen Pompeo, is in the middle of its 19th season on ABC. The long-running show has had two spin-offs, Private Practice and Station 6, as well as launching the careers of many Hollywood stars, including Katherine Heigl and Sandra Oh. 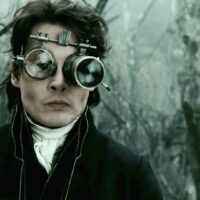 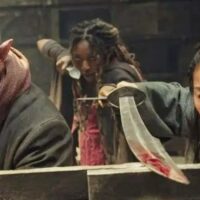 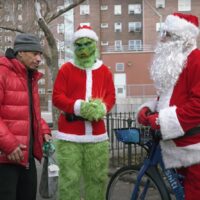