As Guy Gardner, Wittrock will be portraying a character in the Green Lantern series who is being described as “a hulking mass of masculinity, and, as rendered in the comics, an embodiment of 1980s hyper-patriotism. And yet, Guy is somehow likable.”

As for the Green Lantern series itself, its official description reads, via The Hollywood Reporter, “Green Lantern reinvents the classic DC property through a story spanning decades and galaxies, beginning on Earth in 1941 with the very first Green Lantern, secretly gay FBI agent Alan Scott, and 1984, with cocky alpha male Guy Gardner and half-alien Bree Jarta. They’ll be joined by a multitude of other Lanterns — from comic book favorites to never-before-seen heroes.”

Wittrock’s Guy Gardner first became the Green Lantern back in 1968 when the character was introduced in Green Lantern #59. At the time, though, his character bore no resemblance to the one Wittrock will be portraying. The first rendition of Gardner was a more normal man, not the ultra-macho character we will be seeing from Wittrock.

Alan Scott, as some may be aware, was the very first Green Lantern. Martin Nodell created the superhero in 1940, when Scott appeared in All-American Comics #16, but not as a secretly gay FBI agent. His homosexuality didn’t play a part until 2012 when he was reintroduced in the first issue of Earth 2. As the official description reads, the story will span decades that will also join other Lanterns, so expect Alan Scott to be in full Green Lantern costume as well. No actor has been announced to play Scott.

Greg Berlanti and his Berlanti Productions, along with writers Marc Guggenheim and Seth Grahame-Smith, are bringing the Green Lantern series to HBO Max. Berlanti has his hands in many things DC. He is responsible for Arrow, The Flash, Supergirl, Black Lightning, Legends of Tomorrow, Titans, Doom Patrol, Batwoman, Stargirl, and the upcoming DC’s Strange Adventures.

Together, Berlanti and Guggenheim were responsible for the script that was the poorly received 2011 Ryan Reynolds’ Green Lantern film. Grahame-Smith is a New York Times best-selling author of novels such as Pride and Prejudice and Zombies, Abraham Lincoln, Vampire Hunter, Unholy Night, and The Last American Vampire. Grahame-Smith has also lent his pen to feature films his first being the 2012 Johnny Depp reboot of Dark Shadows. He then wrote the script for his novel Abraham Lincoln, Vampire Hunter, and along with Green Lantern, Grahame-Smith is attached to writing the script for the Beetlejuice sequel as well as the upcoming series Stephen King’s Eyes of the Dragon.

The Green Lantern series is not the only DC project HBO Max has lined up. A Suicide Squad spin-off starring John Cena as Peacemaker is in development along with a series that revolves around the Gotham City police department, which will be seen in The Batman, Matt Reeves’ forthcoming movie. It was also announced that J.J. Abrams has a few DC projects set, one being Justice League Dark.

The 10-episode Green Lantern series does not have a premiere date set, though it is expected to go in front of the cameras soon. Let the speculation of Ryan Reynolds reprising his Hal Jordan role begin. 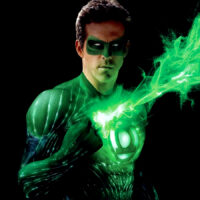