Godzilla Vs. Kong 2 Is Coming Sooner Than You Think

The news comes not from any of the actors, creatives, or production companies behind the next chapter of the Monsterverse, but thanks to the Australian government agency Screen Queensland (via Deadline). The agency has announced that Godzilla Vs Kong 2 will be filming in Queensland by the end of 2022, specifically on the Gold Coast and in the southeast. Deadline says the government expects the sequel’s production to inject close to $60 million into the Queensland economy. The first Godzilla Vs Kong and 2017’s Kong: Skull Island likewise shot in the region.

Little else is known about Godzilla Vs Kong 2. We don’t know about the cast, the writers, or the director of the film. Deadline points out that Godzilla Vs Kong director Adam Wingard expressed interest in returning for a follow-up last year. At the time, Wingard talked about different mysteries that were “teed up” in the 2021 film, including “a pre-history of Planet Earth, where all the titans come from.” Those mysteries were ones, Wingard said, he wanted to see “resolved and explored and pushed to the next level.”

It’s possible Adam Wingard won’t be available to direct Godzilla Vs Kong 2. Two months after the release of the Godzilla Vs Kong, Deadline announced that Wingard had been tapped to direct Hardcore — the adaptation of the comic book franchise of the same name. The property is a sci-fi thriller about a soldier who fights by taking over strangers’ bodies remotely and using them as human drones. The film will be based on an original story developed by The Walking Dead creator and Invincible co-creator Robert Kirkman.

Whoever directs Godzilla Vs Kong 2, they’re in for a wild ride and a hefty payday. In spite of releasing simultaneously in theaters and on HBO Max, Godzilla Vs Kong performed well, grossing $468 million worldwide in the midst of the Covid-19 pandemic. Barring any more unforeseen crises, whenever the follow up does hit theaters, it’s likely to rake in even more dough. 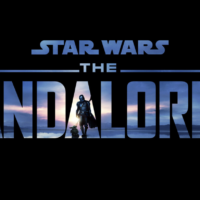 A Star From The Mandalorian Has Sadly Passed Away