The God Of War Movie: It’s Finally Happening, Casting And Other Plans Here

Fifteen years. It has been that long since the blockbuster video game God of War was introduced on the PlayStation 2 console. It was also then that the first idea of turning the game into a God of War movie was floated. Fifteen years ago.

At this time, Steven S. DeKnight is in talks to direct the film. DeKnight directed Pacific Rim: Uprising, so he’s no stranger to big films. DeKnight also was the showrunner for the extremely popular first season of the Netflix hit Daredevil.

These days David Self is no longer the writer on the project (more on his past work further down). His script writing duties have been taken over by Marcus Dunstan and Patrick Melton, though they are working off the Self script as a starting point for their treatment. The Dunstan-Melton duo has worked together plenty in the past having penned a few of the Saw sequels as well as Piranha 3DD.

With the God of War game story following the swords and sandals genre, like some of the more recent ones such as Prince of Persia and Clash of the Titans, writer Dunstan remarks that his film will be totally different. He says, “Those movies can inform the God of War movie to step in a more bold direction. Not to join those ranks, but to stand head and shoulders apart, like, [from what] other reinventions have done within that genre. The satisfying element is to look at those movies as a commentary on the genre, and now say something different.”

As writing partner Melton says the story is going for more of an emotional pull than previous swords and sandal movies have gone for. He reveals, “With God of War, the studio’s saying, ‘We’re going to spend $150 million to make this movie. We really need to understand this character and get behind him and feel his pain and feel his emotions so that, when he is in these giant set pieces, we’re in there with him and we’re feeling it.’ That is a critique of some of these big action films, is that they often get too big and just become noise; you’re not invested in the character.”

THE PLOT OF THE GOD OF WAR MOVIE

DeKnight has spoken to Sony about the possibility of making God of War an R-rated flick but says his approach would be the same as adapting a novel to the screen. “I had some early conversations with the good people at Sony PlayStation about it and my biggest thing is, look, you gotta approach it like a book. Approach it like adapting Jaws. For people who’ve read Jaws, the movie is very different, but they’re both fantastic. So, you have to be able to take the source material and make it work as a movie.”

The problem many video game movies have had when Hollywood brings them to life is that they either go for the video game look and feel to a tee or they completely miss the mark, by a large margin. So how do you find a balance between getting butts in seats but also appeasing the video game fanboy? Looks like the God of War’s movie is going to try to ride that fine line.

“[God of War] has been allowed [by the studio] to be a terrific film. It does not just have to be faithful [to the] game. Because video games are built for, I think, a different…It’s been allowed to be a fantastic film, which is sometimes a different paradigm than engineering a game. It just is. I just cannot wait for someone to get their eyes on it and see, because it was a wonderful experience,” explained Dunstan.

Even though the writers are looking at bringing in some emotional punch to the script, they were also given the green light to go for some crazy too. According to Dunstan, “God of War was turned in last week, and by God, the reason I cannot wait for you guys to see that is because…the door was left wide open to be bold, and that is why that movie…I really hope it sees the light of day and comes out charging, because it’s a lightning strike.” Unfortunately, this “last week” he spoke of was actually in 2019.

But, nothing is official yet. It’s all just talk and speculation. We’ll update this space as soon as something firms up.

GOD OF WAR: THE SERIES?

One more idea recently floated came from God of War game director Cory Barlog. Why make God of War movie at all? With the success of Netflix’s The Witcher, why not make it a series instead? There is plenty of stories to tell, that’s for sure. In late January, Barlog responded to a tweet put out by Gamesindustry when they questioned: “what other games IP lend themselves to Netflix-style series?” Barlog’s answer was “God. Of. War.”

He did go on to say that he wasn’t saying that God of War was being turned into a series (just yet). “I just believe that games would make great TV shows because you spend so much time with the characters in fantastic worlds.”

THE GAME THAT STARTED IT ALL

The video game God of War was created by David Jaffe for Sony at their Santa Monica Studio. The franchise (and it is a big one) now consists of eight games covering multiple platforms.

God of War’s story is based in ancient mythology and follows a Spartan warrior named Kratos. Revenge is the name of his game as he has been tricked into killing his own family by his former master and the Greek God of War, Ares. Kratos’ path now set; he follows it to get his revenge.

That’s the plot of the game and there’s plenty there to make a great God of War movie out of. Sony must have agreed, since that was the plan. But then…

A HISTORY OF DEVELOPMENT HELL

Like all properties that languish in development hell, there is never one specific reason. The intentions are always for the best (to make tons of money) but the application of these intentions always seems to get lost in the mix.

So, while fifteen years seems (and is) like a long time to wait for a God of War movie, there are plenty of other stories that have lingered in development hell just as long, if not longer. This is not a surprise, just frustrating for fans who hoped to see some version of God of War in the movie theaters.

There have been many attached to the big-screen version of God of War over the past fifteen years. From director Brett Ratner (Rush Hour) to writer David Self (Road to Perdition) to having the Rock Dwayne Johnson attached as Kratos. Unfortunately, bodies come and go over a fifteen-year time span. None of them stuck around the God of War’s movie project long enough to get it done. 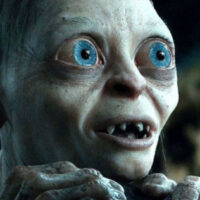