Glass Onion was #3 across every streaming platform it is available on.

By Phillip Moyer | Published 4 days ago

Glass Onion is, to put it mildly, doing well. The follow-up to Rian Johnson’s popular mystery film Knives Out has earned high marks from fans and critics and quickly became the most-streamed movie on Netflix. Now, thanks to Nielsen’s U.S. streaming charts (per Deadline), we know that Glass Onion not only topped Netflix’s streaming charts but also ranked #3 on the weekly charts for overall charts of every single streaming platform in existence.

This impressive feat comes from Nielsen’s most-recent weekly streaming charts, which highlighted U.S. streaming numbers from December 19 through December 25. Since Glass Onion was only released on December 23, this means that the Netflix-exclusive film managed to outpace an entire week’s worth of streaming activity in just three days.

Glass Onion features James Bond actor Daniel Craig, returning to his role as detective Benoit Blanc. The movie follows Blanc as he attempts to solve a series of murders on a private island owned by billionaire Miles Bron (who bears a supposedly-accidental resemblance to Elon Musk). The film has been nominated for six Critics’ Choice Awards (winning two), two Golden Globe awards (winning none), and 67 other award nominations (of which it won 24).

According to the Nielsen ratings, Glass Onion held subscribers’ attention for 2.2 billion viewing minutes during those three days. While there’s no way of knowing how many of those minutes came from viewers who quit partway through, that’s the rough equivalent of 15.8 million households watching the movie’s entire 139-minute runtime.

The Netflix exclusive Addams Family spinoff Wednesday, which dominated the Nielsen ratings the previous week, also got 1.8 billion minutes of viewing time during the week of December 19-December 25. That series, which released season 1 on November 23, has a combined viewing time of 407 minutes. Wednesday remained at the top of the Nielsen streaming charts until both Glass Onion and Jack Ryan took its place.

We’ll have to wait until we know how well Glass Onion performed during an entire week’s worth of watchers. Netflix’s numbers show that the film remained at the top of its list for the next weeks gaining more viewing time during the second week than it did during the first. However, until Neilsen releases its own nationwide streaming figures, it’s hard to judge how well the film held up against competing streaming platforms.

It wasn’t until the week of January 9 through January 15 that something else beat out Glass Onion on. During that five different TV series beat out Glass Onion, though it stayed at the top of the streaming platform’s list of top films. The series that took the top spot are Ginny & Georgia: Season 2 and Kaleidoscope: Limited Series, Wednesday: Season 1, Emily in Paris: Season 3, and Ginny & Georgia, Season 1.

The success of Glass Onion means that a sequel to the movie is all but guaranteed. While Netflix hasn’t officially announced that the much-expected sequel is forthcoming, Rian Johnson is reportedly working on a script for the next film in the Knives Out series. However, making a movie takes a long time to make from conception to final cut, it’ll probably be a few years until Knives Out 3 releases. 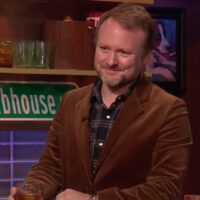 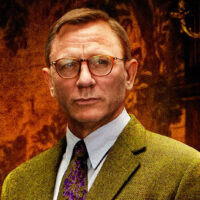