Netflix has a well-deserved reputation for axing great series before fans are ready to see them leave the streaming service. Sometimes, though, they make the smart move and keep some of the good ones around. Case in point is Ginny & Georgia, a series about a young mother and her 15-year-old daughter, whose first season was a hit right out of the gate. It has fans waiting (a long wait, as a matter of fact) for Ginny & Georgia season 2.

Skip this section if you have not finished the 10-episode first season of Ginny & Georgia because SPOILERS are absolutely going to follow.

Netflix’s hit, Ginny & Georgia tells the story of 30-year-old Georgia Miller, who had her first child, Ginny, at a very young age. Ginny (Antonia Gentry) is now 15 years old and most of the time appears to be more mature than her mother. Ginny also has a nine-year-old half-brother, Austin (Diesel La Torraca), who is quite fond of anything to do with Harry Potter.

The series picks up with Georgia (Brianne Howey) bringing Ginny and Austin to Wellsbury, a small New England town. Georgia is looking to give her children something they haven’t had – a normal life. As the series moves along, we find out why their lives have been on the run.

In fact, the Ginny & Georgia pilot episode fills in via flashbacks of how Georgia was abused as a teenager, how she eventually became pregnant as a teenager with Ginny, and more importantly, the car crash that killed Georgia’s husband. It was caused by Georgia using wolfsbane to poison his smoothie.

Ginny finds herself in high school in the pilot episode and just as fast, finds trouble. Everything that happens in the first episode is the perfect setup for what’s to follow.

Ginny has her first disagreement with her English teacher, which leads her to a friendship with Maxine (Sara Waisglass), the openly gay teen who has a fraternal twin, Marcus (Felix Mallard). Ginny and Marcus end up kissing at one point, but Ginny also has eyes for Hunter (Mason Temple).

Ginny & Georgia season 1 was teen angst and drama at its best. It was also about how Georgia refused to grow up and about how she may be hiding a lot more than just the death of her husband.

As season 1 ends, none of these questions are answered. It also set in motion where Ginny & Georgia season 2 will be heading, as the last we saw of Ginny, she was jumping on a motorcycle, grabbing her brother Austin, and riding out of Wellsbury.

THE ENTIRE MAIN CAST IS BACK FOR GINNY & GEORGIA SEASON 2

Ginny & Georgia fans will be pleased to know that the entire main cast will be returning for season 2. This means fans will see the duo of Howey and Gentry returning as the title characters. La Torraca will be back as young Austin, as will Waisglass, Mallard, and Temple.

Also returning for a second helping will be Jennifer Robertson as Ellen Baker (mother of Max and Marcus), Scott Porter as Mayor Paul Randolph (love interest for Georgia), Raymond Ablack as Joe, the local restaurant owner who knew Georgia as a teenager. Plus, there’s Katie Douglas and Chelsea Clark who play Abby and Norah, respectively. They are part of the MANG group (Max-Abby-Norah-Ginny).

SARAH LAMPERT AND DEBRA J. FISHER ARE BACK HELMING THE SERIES

Behind the camera, Ginny & Georgia will see the same familiar faces. The series was created by Sarah Lampert and showrunner Debra J. Fisher, and the duo is back at it, throwing everything they can at not only Ginny and Georgia but the rest of the cast as well. At least that is what they’ve promised.

THE SERIES SHOULD PICK UP DIRECTLY AFTER SEASON 1

So, where exactly is season 2 going to take Ginny & Georgia? Not much is known about its direction, but we can speculate. With Georgia all but admitting she killed her husband and scattered his ashes, there will be some major fallout from that. What kind of fallout is unknown, but Georgia is engaged to Mayor Paul Randolph, who knows nothing about her past.

Might we also see more story development surrounding Joe, the restaurant owner? As the season wore on, he realized that Georgia was the teenager he briefly met years back. Will this have anything to do with Georgia and Paul’s relationship moving forward?

What about Ginny? She knows about her mom’s wolfsbane plant and also knows that is how Georgia’s husband died. Will she spill the beans? Ginny will also have the decision to make between Marcus and Hunter.

According to Sara Waisglass who plays Max, there will be some big changes to her character, who was happy and energetic throughout most of the first season. “I would say that at the end of season 1, Max goes through a pretty big betrayal,” Waisglass explained to Us via Yahoo.

The betrayal is her finding out that Ginny had been secretly seeing her twin brother Marcus. “All through season 1, we’ve seen happy Max, we’ve seen energetic Max, loving Max, and I think there’s a big change [in season 2]. I think people are gonna see a different side of her, an angrier Max — dare I say it — a mad Max. I think that’ll be very exciting for people to witness.”

So, we have Georgia pretty much confessing to murder, Ginny grabbing her brother and heading off to parts unknown on a motorcycle, and Mad Max. Things look like they are going to get really tense for Ginny & Georgia. But there is one question that still needs to be answered – what took so long to get a season 2?

GINNY & GEORGIA SEASON 2 WILL PREMIERE ON NETFLIX ON JANUARY 5, 2023

Ginny & Georgia premiered on Netflix with all 10 episodes on February 24, 2021. Here is what Debra Fisher said about the premiere of season 2 and why it has taken such a long time.

So, according to Fisher, the major holdup has been translating season 2 “into all the non-English speaking languages.” But with that, they finally have been given a season 2 premiere date. It will be almost 2 years since season 1 dropped, as season 2 will officially premiere on Netflix on January 5, 2023.

As with season 1, season 2 will total 10 episodes, with the Ginny & Georgia Twitter account revealing the titles of all 10 episodes. These include the season 2 premiere episode titled, Welcome Back, Bitches. This is followed by episode 2, Why Does Everything Have To Be So Terrible, All The Time, Forever? You can see the rest of the 10-episode titles below. 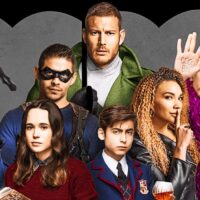 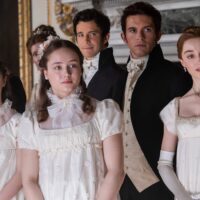 Bridgerton’s Biggest Star Departs The Series, Is It Being Canceled?