George Lucas has seen his Star Wars universe grow and expand into something, one would have to believe, is bigger and more robust than anything his already expansive imagination could have pictured all those decades ago. He got the ball rolling originally with an iconic story that captured the hearts of fanboys/girls everywhere. But since selling the franchise to Disney he’s taken a backseat in productions, with other creatives to take up the mantle. That could be changing in the near future with insider Daniel Richtman reporting that George Lucas will be much more involved with The Mandalorian Season 3.

At this time, it’s unclear what role or influence would have on The Mandalorian‘s much-anticipated third season. But with the return of Luke Skywalker in the Season 2 finale, “The Rescue” as well as the teaser for The Book of Boba Fett, it’s clear the show’s producers and writers are leaning more into the original canon. Since that seems to be the case, bringing on Lucas to help maintain consistency and vision around the show, especially when it comes to original characters, is probably paramount in everyone’s mind. This could be something like the Star Wars godfather giving his final stamp of approval.

Season 2 of The Mandalorian was a smashing success with the finale especially winning the hearts and minds of fans everywhere. The audience reaction, ratings, and overall viewership numbers were through the roof. It’s estimated that 1.1 million people streamed the final episode when it first aired on December 18th with that number only growing over the subsequent two weeks. Bringing on George Lucas for the next season would likely only increase the hype around a show that’s most definitely entered the zeitgeist.

George Lucas sold the Star Wars brand and franchise to Walt Disney Studios back in 2012 citing the desire to spend more time with his family instead of beginning work on what would become the newest trilogy in the series. He sold off his interest which ultimately paved the way for 2015’s The Force Awakens followed by The Last Jedi and The Rise of Skywalker. Rumors abound that Lucas wasn’t happy with how that trilogy turned out, possibly thinking it diverged too extremely from his original vision.

But for all of his possible misgivings about Star Wars on the big screen lately, George Lucas has been complimentary of The Mandalorian when talking to the show’s creators. This collegial relationship with executive producer David Filoni, which the latter describes as a “mentor”-type role, would help pave the way for Lucas to get more involved with the show. And we are here for it. For all the problems Lucas’s second set of trilogies had in terms of story and pacing, his vision for the galaxy is still at the heart of these stories. Bringing him on to help guide the paths of some original characters can only be a good thing.

With Season 3 of The Mandalorian slated to hit screens in December 2021, we have about a year’s worth of time for the George Lucas rumor mill to grind. I’m sure we will get the word about how he’s going to be involved and what influence he’ll have over what will surely be one of the most-anticipated season premieres we’ve had in some time. 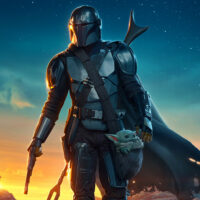 The Mandalorian Season 2: All We Know About Baby Yoda’s Return 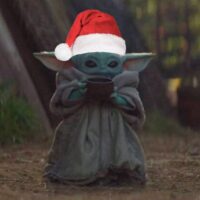 The Mandalorian Getting An Hour-Long Christmas Day Special