George Lucas has received a lot of criticism for the 1999 prequel Star Wars: The Phantom Menace. However, the latest digs from none other than his ex-wife, Marcia Lucas, must sting quite a bit.

In the new book Howard Kazanjian: A Producer’s Life, Marcia is interviewed about the life of The Empire Strikes Back and Raiders of the Lost Ark producer Howard G. Kazanjian and she pulled no punches when it came to discussing George Lucas’ return to the director’s chair of the Star Wars franchise for the first time without her following their divorce in 1983.

It’s important to note that when Marcia talks about the Star Wars franchise, she’s speaking from the editor’s chair. She worked as an editor on all three of George Lucas’ original Star Wars movies, nabbing an Oscar win for best editing on the first movie.

Marcia notes that when she went to see George Lucas’ fever dream of a passion project in 1999, she was not at all thrilled and left the theater with a sense of dread. Like many who closed out the 1990s by seeing the movie in theaters, she couldn’t walk to the parking lot without the difficult realization that the movie was downright bad hitting her like a ton of bricks. She explained that by the time she got in her car after an early screening all she could do was sit in her car and cry, according to CBR.

“But when I went to see Episode I—I had a friend who worked at ILM, who took me as a guest to a preview—I remember going out to the parking lot, sitting in my car and crying. I cried,” Marcia Lucas recalled. “I cried because I didn’t think it was very good. And I thought he had such a rich vein to mine, a rich palette to tell stories with. He had all those characters.”

Fortunately for George Lucas, his ex-wife isn’t saying anything that fans haven’t echoed for years. The movie has been dogged left, right and sideways by fans who note its completely disjointed tone, a plot-line that was heavy on intergalactic politics, completely outdated CGI and, of course, the inclusion of the most fan-maligned character in history — Jar Jar Binks.

George Lucas himself wasn’t immune to that sinking, post-theater feeling that he had written, directed and produced a dud within his most beloved franchise. In the behind-the-scenes DVD content for Star Wars: The Phantom Menace, Lucas even says he “may have gone too far” in places, specifically referring to the end of the film, which essentially has four climaxes all happening at once.

Fortunately for him, George Lucas’ ex-wife wasn’t only blaming him for stinkers within the Star Wars franchise. While she wasn’t a fan of The Phantom Menace her most robust criticisms were for the Disney-produced sequel trilogy that capped off in 2019 with Star Wars: The Rise of Skywalker. She specifically called out series helmer Kathleen Kennedy, noting that bold decisions like killing Han Solo and Luke Skywalker still didn’t sit right with her. She also took some time to take a few shots at Daisy Ridley’s Rey character.

Marcia Lucas noted that the studio clearly wanted to appeal to a female audience more than George Lucas did in the six subsequent movies. However, according to Variety, she argues that in bending over backward to make her character strong, independent and likable, they forgot to actually write a character for her. She accused Kennedy of not understanding the Jedi story nor what makes Star Wars so magical. 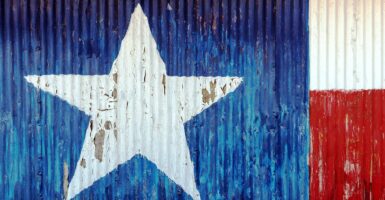