Star Trek fandom exploded recently over the question of what Gene Roddenberry would think about contemporary Trek, thanks to a comment by William Shatner at San Diego Comic-Con. Asked what he thought about the newer shows, the first actor to play Captain Kirk said, “I got to know Gene Roddenberry in three years fairly well. He’d be turning in his grave at some of this stuff.” Fans have responded en masse, as has one of the cast of Star Trek: Strange New Worlds, and now Rod Roddenberry — son to the late Star Trek creator — has spoken up about how he thinks his father would respond to the modern shows. What does he think? He thinks Shatner doesn’t know what he’s talking about.

In a story posted earlier this week, Rod Roddenberry talked to Screen Rant about what the late Gene Roddenberry would think of Trek’s newest spinoff Strange New Worlds, regardless of what William Shatner had to say. “I think he’d be very proud of it,” Rod Roddenberry said. “I think something that surprised me a bit is the uniqueness of each episode of Strange New Worlds. I’m impressed that they’re doing that.” He goes on to say he was surprised at some of the more comedic elements of specific episodes, and was concerned about the fan reaction. “But they’ve nailed it,” he concluded. “And fans are going crazy for it. And I’m so proud of all the creators.”

In their coverage of the story, Cinema Blend points out that — as an executive producer on Strange New Worlds — Rod Roddenberry may be biased, but you could also argue that as the son of Gene Roddenberry, he’s pretty much biased towards every corner of Star Trek whether William Shatner was in it or not. Considering what we’ve seen of Shatner over the years, it’s also likely that he harbors a good amount of negative bias toward projects like Discovery and Strange New Worlds simply because, you know… he doesn’t get to have anything to do with them.

Even if Gene Roddenberry would find himself “turning in his grave” at the new crop of Star Trek shows as William Shatner claims, that doesn’t make them automatically less worthy. After all, as chronicled by Heavy, the late Roddenberry hated 1982’s Star Trek II: The Wrath of Khan so much he actively tried to sabotage the movie release. And yet Wrath of Khan is largely regarded as one of the best Trek films by fandom, if not the best.

We should also remember that when it comes to what Trek Gene Roddenberry did or didn’t like, there are a lot of conflicting stories from William Shatner and many others. For example, as reported at the time by Trek Movie, in 2014 Marina Sirtis of Star Trek: The Next Generation claimed the late Roddenberry was fiercely opposed to the concept of the spinoff Star Trek: Deep Space Nine because Trek “is about exploring space, it’s not about a hotel in space.” Soon afterward, Trek producer Rick Berman contradicted what Sirtis said, tweeting that he and the late Michael Piller “pitched our ideas for DS9 to Gene, and he gave us his enthusiastic approval.” In response to a fan who doubted Berman’s words, saying they didn’t believe Roddenberry would be okay with the Dominion War story which begins at the end of DS9‘s fifth season, Berman wrote, “We pitched the concept and characters. We didn’t lay-out 7 years of story arcs. It was far too early to know where it was going.” 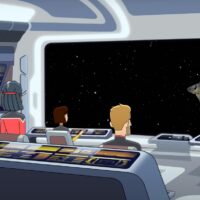 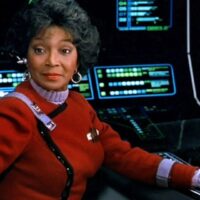 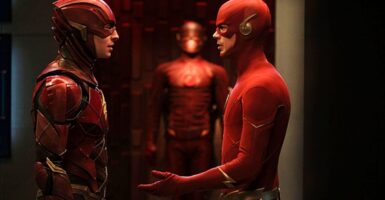 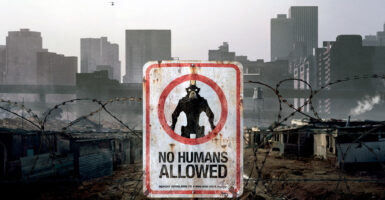