Garbage Pail Kids began in 1985 as a comically more obscene take on Cabbage Patch Kids, a line of cherubic cloth dolls, for older youngsters with a conspicuously more indecent taste in children’s entertainment. The trading cards made waves across the United States as a racier alternative to traditionally more wholesome brands, like Pokémon cards, baseball cards, and popular varieties of collectible card games. Suffering the occasional school ban didn’t stop Garbage Pail Kids from becoming a treasured American past-time and in 1987, a live-action Hollywood feature. The film contrasted with the trading cards in that it failed to reach expectations, and as a result, any and all future adaptations promptly made the bin, until now. Warner Bros. intends to do right by the creators with an upcoming HBO Max animated series based on the trading cards themselves, Deadline’s Alexandra Del Rosario reports.

This brand-new Garbage Pail Kids cartoon will tone down on the nastiness and be completely family-friendly for audiences of all ages and backgrounds. Established actor-comedian Danny McBride will be helming the show with David Gordon Green and Josh Bycel. McBride worked with Green on the last Halloween movie. McBride and Bycel both have experience working on children’s comedy, with credits spanning Despicable Me, Kung Fu Panda 2, and The Angry Birds Movie 2 for the former and American Dad! for the latter. Danny McBride also lent his voice to Honey Mustard in adult cartoon Sausage Party, which is about the closest there is in theme to the original Garbage Pail Kids.

McBride, Green, and Bycel are relative newcomers to children’s cartoons, but hope to regale a new generation of youngsters — and their adult parents, who along with the three, are the original patrons of Garbage Pail Kids — with a show that roughly pays homage to every single Saturday morning cartoon we all grew up watching. McBride’s Rough House Pictures, Noel Bright and Steven A. Cohen of Tornante TV, Brandon James, and the Topps Company will be producing.

Topps is the leading manufacturer of the Garbage Pail Kids trading cards. They sell all kinds of collectibles, from sports cards to space cards (in reference to the Cold War-era Space Race) and a few on famous musicians of the 80s and films like Star Wars. The company is also in the business of making confectionaries, its greatest product being the Bazooka bubblegum. Garbage Pail Kids features hand-drawn cartoons parodying kids afflicted with some kind of exaggerated, humorous physical defect, or just an otherwise degrading fate altogether. Each artwork is given a name — a witty two-word alliteration. Names like Corroded Carl and Leftovers Lenny. The cards are outfitted with stickers and can be removed if desired.

Mortal Kombat Is A Top Performer For HBO Max, Sequels And Series On The Way? 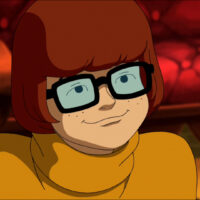