According to our reports, Gal Gadot is returning to the DC Extended Universe to reprise the role of Wonder Woman in several projects.

The DC Extended Universe seems to be in a constant state of crisis, and not the cool infinite variety. The recent shocking cancelations of projects like the HBO Max Batgirl film and the likely axing of fan-favorite series like Harley Quinn and Doom Patrol have put essentially every future DCEU film and show in question. However, it appears that we will be seeing more of the Gal Gadot version of Wonder Woman in upcoming films. Per The Direct, it seems that Gal Gadot is already slated to appear in multiple films, so now it just becomes a question of which ones it could be.

Gal Gadot has not appeared in the DCEU since 2020’s Wonder Woman 1984. While the first Patty Jenkins-directed Wonder Woman was one of the most critically acclaimed of the Snyderverse series of DCEU, the 1980s-set sequel was not nearly as successful. It also had the misfortune to be released at a very confusing time for movie studios and had its theatrical release re-scheduled multiple times. A third Gal Gadot Wonder Woman movie has been in the works for several years now, but appears to be still in the script development phase, which is not a great sign.

Gal Gadot could be showing back up as Wonder Woman in a number of upcoming films, as long as Warner Bros Discovery CEO David Zaslav doesn’t abruptly shut them down. The Dwayne Johnson-led Black Adam is being heavily promoted as the future of the DCEU, so it could make sense for Diana of Themyscira to pop up to connect it more directly to the existing movie. The frequently-delayed Flash movie starring Ezra Miller is apparently immune to David Zaslav’s death ray of cancelation, and given that the Flash and Wonder Woman are teammates in the Justice League, it would be logical.

There is also Aquaman and the Lost Kingdom, the upcoming sequel to the DCEU’s biggest box office sensation. It has already been confirmed that Ben Affleck’s Batman will be appearing in the Jason Momoa film, so could it be possible that Gal Gadot could be reprising her role as Wonder Woman in that release? There have multiple reports that she will be appearing in the upcoming Shazam: Fury of the Gods movie with Zachary Levi, though no official confirmation from Warner Bros as of yet. The plot of the film does concern three daughters of the Greek Titan Atlas, which puts them square in the same mythology as Gal Gadot’s Wonder Woman, so there could be a connection there.

All this said, it appears that Warner Bros Discovery is eager to move past the Snyderverse era of the DCEU and it might be that the Gal Gadot depiction of Wonder Woman is not long for the world. It is difficult to imagine what the DCEU will look like in even a year, so all things are possible. Gal Gadot is currently slated to star in a number of non-Wonder Woman roles, so it seems she herself might also be ready to move past the part. 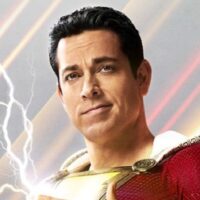