The promise of Freddie Prinze Jr. shouldn’t go without noting. The 44-year old actor was an immediate hit once he arrived on the movie screen and it looked like he was going to take Hollywood by storm. Early on, he did. But lately? Where has Freddie Prinze Jr. been? Here’s what we know.

Yes, Freddie Prinze is a Jr. His father, the senior, died by suicide at the age of 22.

Back in the 70s Freddie Prinze was an up and coming comic and TV personality. He started young as a stand-up and crossed over to television performing on The Tonight Show Starring Johnny Carson and The Dean Martin Celebrity Roasts. He even released a comedy album titled Looking Good, which turned into his famous catchphrase.

He turned this into a star turn on the hit TV series Chico and the Man and it seemed he was destined to go places. Sadly, it wasn’t to be. Freddie Prinze Sr. suffered from depression and when his wife filed for divorce, it sent him into a tailspin. One night, as Prinze was visited by his manager, Freddie pulled out a gun, put it to his head, and shot himself. It was a tragic ending. He was 22 years old and Freddie Prinze Jr. had not even turned one-year-old.

Freddie Prinze Jr. didn’t waste any time. After appearing on an episode of Family Matters and an episode of ABC Afterschool Specials in the 90s, Prinze Jr. jumped headfirst right into feature films. His first film role was in the movie To Gillian on Her 37th Birthday. The movie co-starred Peter Gallagher and Michelle Pfeifer and gave a boost to Prinze Jr’s budding movie career.

Things began to ramp up in 1997 for Freddie Prinze Jr. as he was involved in four projects, three features, and a TV movie. He started off with The House of Yes and ended with Sparkler. In between was the TV movie Detention: The Siege at Johnson High and the feature hit horror film I Know What You Did Last Summer. It was on this film that he met his future wife, the vampire-slaying Sarah Michelle Gellar.

He followed up that hit feature immediately with its sequel, I Still Know What You Did Last Summer, and it looked like Freddie Prinze Jr. was an actor on the path to stardom. He grabbed his first lead role in the romantic comedy She’s All That and followed it with another lead turn in the science fiction actioner Wing Commander.

In his first five years as an actor, Prinze Jr. appeared in twelve projects and didn’t seem to be slowing down.

With his success on She’s All That, Prinze Jr’s next four films attempted to take on that rom-com success. Unfortunately, it wasn’t in the cards.

Freddie Prinze Jr. made what is known in the biz as a brief comeback when he starred as Fred in the live-action Scooby-Doo. In it, he played opposite his now-wife Sarah Michelle Gellar. The movie was a hit. Perhaps this was the thing to get Prinze Jr. back on track. It wasn’t, but we aren’t certain it was more Hollywood or being a husband.

He followed up Scooby-Doo two-years later with its sequel Scooby-Doo 2: Monsters Unleashed and while that movie wasn’t as big as the first, it still was a hit. He parlayed that success into a TV series called Freddie. Unfortunately, low ratings sunk the series after only one season.

A HAPPY FATHER AND THE WWE

It’s not to say Freddie Prinze Jr. didn’t work after his success with Scooby-Doo. He did. It just became less and less until it finally just stopped. By stopped, we mean feature films.

Freddie Prinze Jr. transitioned over to TV after his final feature film role in 2008. In fact, one of his big ventures on TV was with the WWE. Freddie is a big wrestling fan and was able to convince Vince McMahon to let him be part of the activities. He performed various roles for the WWE in 2008 and 2009 and then came back in 2010-12 as a producer and director.

But if you ask Freddie Prinze Jr. why he moved away from features and pretty much acting altogether, he said in a nostalgic interview with Us Weekly, “I love being a full-time father. To remove myself from that equation would not be a good thing. I’m basically retired,” and it would be true. He has two children with Gellar and has spent most of his “retired” time raising them.

On top of his stint with the WWE, Prinze Jr. found other outlets that didn’t include lengthy time in front of the camera. He has done a fair share of voice work too. His voice has been heard on Robot Chicken, Star Wars Rebels, and Bordertown. He has also lent his voice to the video games Mass Effect 3, Dragon Age: Inquisition and Disney Infinity 3.0. Prinze Jr. never completely left Hollywood, he also appeared on TV series such as 24, Psych, and Bones.

Freddie Prinze Jr. may now be gearing up for a comeback of sorts. He just wrapped the pilot for the reboot of the 1980’s sitcom, Punky Brewster, which brings back Soleil Moon Frye in the title role. In this version, Punky plays a single mom raising three children. Freddie Prinze Jr. plays her ex-husband. Of course, comedy ensues. At least that’s what the Peacock Network (where it will be streaming) hopes for. 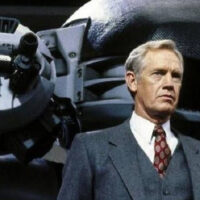 New RoboCop Series Happening, But Without The Most Important Part