A television show about growing up in the 1960s doesn’t seem like the kind of thing that would scream “reboot” when it came to bringing out another version of the sitcom. But this is Hollywood and anything that was successful in the past now has a chance to come back with a new iteration in the present. Such is the case with The Wonder Years which is getting a new look though still exploring the same timeframe. And now we have the Fred Savage replacement on the new series with Elisha “EJ” Williamson grabbing the role.

Elisha Williams will be playing Dean Williams on the new The Wonder Years show which will share the same timeline and name as the original but will differ in a number of different ways. It will still be set in the 1960s during a time of much volatility in the United States around a changing cultural landscape, with the backdrop of the Vietnam War. But where the original, starring Fred Savage, took place in Everytown, USA suburbia, this latest will be in a more specific setting, Montgomery, Alabama.

It stands to reason, taking place in 1968, that race and racial tensions are a significant component of the new The Wonder Years. Martin Luther King was assassinated on April 4th of this same year. Whereas the original Fred Savage version used the War as its primary background focus, the racial landscape of the time and this incident specifically are likely a major part of the ABC series.

For Elisha Williams, playing Dean on The Wonder Years will mark one of his first major roles. It could possibly do for him what it did for Fred Savage when the show came out the first time around. It vaulted the latter’s career on the back of his snarky innocence and ability to play a character living through a turbulent time in history while also more closely navigating his own pre-teen existence. Williams will have a similar opportunity. Williams has previous credits as the voice of Bingo on Puppy Dog Pals and also played Zed on Henry Danger and Danger Force.

Along with Elisha Williams, Saycon Sengbloh has been cast as his mother in The Wonder Years. She has a number of film and television credits but most recently was awards-nominated for her stage role in The Secret Life of Bees. She’s also set to play Aretha Franklin’s sister in the biopic Respect. This newest role will likely be a big one considering how much the original show played on the idea of the family during the 1960s. Fred Savage as Kevin Arnold was constantly navigating the turmoil of the nuclear family during this time. This latest version will likely play on many of the same themes.

The original The Wonder Years ran for six seasons from 1988-1993 and told the story of the Arnold family. It was a groundbreaking show, highlighting the relative mundanity of a kid’s life in the 1960s even though the time period is considered retrospectively in an iconic fashion. Fred Savage was amazing in the role of Kevin Arnold who, along with his best friend Paul and crush Winnie Cooper, work their way through middle school and high school. It was a coming of age show if there ever was one. Here’s to hoping Elisha Williams and company can pull off something similar when the series debuts on ABC next year. 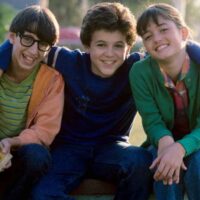 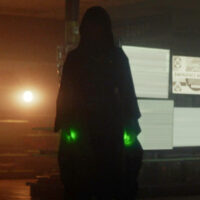