The Frasier reboot will be missing David Hyde Pierce, who has opted not to return.

It looks like the Frasier revival coming to Paramount+ will be missing one key ingredient, David Hyde Pierce, who played Niles in the popular original run of the sitcom. Kelsey Grammer told People (via Deadline) “David basically decided he wasn’t really interested in repeating the performance of Niles.”

It sounds like the Frasier reboot won’t be missing David Hyde Pierce because of any bad blood, but it’s just a case where an actor has played a role and they feel good about where they left it. That sounds like a totally understandable reason, though it doesn’t mean that fans won’t be a little disappointed that one of the best characters won’t be coming back. Apparently, it sort of works out for the storyline because the show will follow Frasier after he moves to a new city.

Since moving on from Frasier, David Hyde Pierce has kept busy with various theater and television roles, along with some film projects. His latest project was HBO Max’s Julia, which was inspired by the life of Julia Child and her show The French Chef. Sarah Lancashire played Julia Child and Hyde Pierce played her husband Paul.

Frasier first hit TV in 1993 and featured Grammer’s Frasier Crane, a psychiatrist who became a radio host in Seattle. David Hyde Pierce played his younger brother Niles with Peri Gilpin as his producer Roz, Jane Leeves as Daphne, and the late John Mahoney as his father Martin. The show was a spin-off of Cheers.

Frasier ended in 2004 after 11 seasons, winning multiple Emmys along the way. David Hyde Pierce was nominated for every season of the show, demonstrating how important his character was to the series. He ended up taking home four wins from his 11 nominations.

Although we won’t be seeing him in the Frasier revival, you can see David Hyde Pierce in his next film The Georgetown Project, which is expected to release before the end of the year. The film stars Russell Crowe as a troubled actor who begins to unravel while shooting a horror film. Along with Crowe and Hyde Pierce, the cast also includes Ryan Simpkins, Chloe Bailey, Sam Worthington, Tracey Bonner, Samantha Mathis, Adrian Pasdar, and Adam Goldberg.

Not much is known about the Frasier reboot at this time, other than the fact that it will be in a new series and that David Hyde Pierce won’t be involved. For now, it doesn’t seem like the other series regulars are returning to their full roles, but it’s possible they could pop up for guest roles or cameos in the future. The series is written by Chris Harris (How I Met Your Mother) and Joe Cristalli (Life in Pieces), who serve as executive producers with Grammer, Tom Russom, and Jordan McMahon.

While the Frasier revival will certainly miss the presence of David Hyde Pierce as Niles, there will probably be plenty of fans who tune in to check out Kelsey Grammer in his most famous role. There’s no word on a release date yet, but you’ll be able to see it on Paramount+ when it does come out. Stay tuned for more news on the upcoming series. 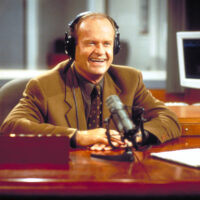 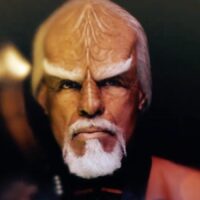