Frank Grillo has a new role to add to his C.V. According to Deadline, the actor is set to star in Man’s Son. The horror/thriller is set to be directed by Remy Grillo and sees Frank Grillo cast in the role of a cult leader.

The eagle-eyed reader will have noted that both the star and director of Man’s Son share a surname. There is a simple explanation for that. Slash Film notes that Remy Grillo is Frank Grillo’s son and the former is making his directorial debut with this film. Slash Film also doubled down on the premise for Man’s Son. The story follows a young couple who go to a remote Air BNB to create an audition tape for a Charles Manson movie. As the narrative unfolds, the chilling nature of the audition tape starts to unfold around them for real, and they come under threat by a dangerous cult, led by Frank Grillo’s character.

Quite the debut for Remy Grillo, directing his father in a prominent role. Remy’s previous credits are notably that of a cinematographer on short films. Man’s Son represents a departure in Remy’s C.V, but also a major opportunity. The same could be argued for Frank Grillo. The star is well regarded as an action star. Appearing in The Purge Anarchy and trading blows with Steve Rogers in Captain America: The Winter Soldier and Captain America: Civil War. Man’s Son looks set to be firmly in the horror genre, a slight alteration on the course that is Grillo’s acting career thus far.

Man’s Son is just another string to Frank Grillo’s bow, as the actor is currently experiencing the most active period of his career. In recent years the actor has starred opposite Mel Gibson in time-loop extravaganza Boss Level, Ryan Reynolds in the comedy sequel The Hitman’s Wife’s Bodyguard and Gerard Butler in action bruiser Copshop. Man’s Son joins Frank Grillo’s huge slate of upcoming work. This includes his leading role in the biopic Lamborghini, where he will be portraying the founder of the iconic Italian Car manufacturer. As well as this, he is set to star alongside Mekhi Phifer, Scott Adkins & Dermot Mulroney in Action Movie Lights Out and will also be appearing in another action film from Underworld Creator Kevin Grevioux. These titles are just a drop in the ocean, as there are countless more projects set to be released with Frank Grillo starring.

It looks like it will be difficult to avoid Frank Grillo in cinemas over the next year or two, and that shouldn’t be a worry for anyone, as he has well and truly established himself as a reliable star. However, surely the most exciting project for Grillo in the near future will be Man’s Son. The opportunity to star in your son’s directorial debut must be both rare, and a thing to be cherished. The Grillo’s will be hoping that family is the winning formula and that Man’s Son becomes a success for the pair. 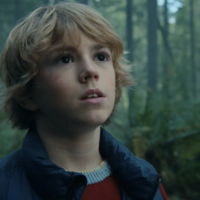 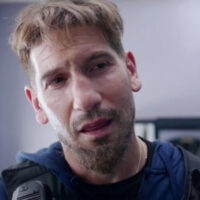