Disney’s Marvel television projects continue to impress. The newest series Hawkeye is notable for introducing Young Avenger, Kate Bishop (Hailee Steinfeld). An archer in her own right, Kate attempts to uncover a conspiracy while forging a partnership with exasperated Clint Barton (Jeremy Renner). Barton has often been sidelined in the ensemble films and finally gets a story of his own. But another central figure at the heart of Hawkeye is Yelena Belova (Florence Pugh). Yelena was last seen in Black Widow, Scarlett Johansson’s last appearance as Natasha Romanoff. After the events of Avengers: Endgame, it is heavily implied that Yelena blames Barton for Natasha’s death. Her arrival in Hawkeye comes well into the series, but one she does, she is hard to miss.

The Avengers official Twitter made sure to cast a spotlight on Florence Pugh as Yelena as well. Hawkeye is known for his purple color scheme, something that Kate replicates in her costume as well. Now Yelena gets her own Hawkeye treatment. As a promotion for her appearance in Hawkeye, Yelena gets an updated costume with purple highlights. Check it out Florence Pugh:

Florence Pugh demonstrates a far darker color scheme than audiences have seen her with before. Though she wore black for a good portion of Black Widow, she matched Natasha’s white outfit in the last portion of the film. Hawkeye shows Yelena in a dark place in her life and this is reflected in her wardrobe. She first encounters Barton and Kate on top of a rooftop, sporting a look reminiscent of her character in the comics (via Murphy’s Multiverse).

Though the costume looks similar to a specific comic reference, her backstory differs. In the comics, Yelena Belova is often at odds with Natasha. She graduates the Red Room separate from Natasha and views her more as a rival (via Marvel). Florence Pugh’s depiction of the character differs slightly from this. But for the purposes of the MCU, this works. Natasha and Yelena’s familial bond is emotionally resonant. It is that much more heartbreaking when viewers experience what it was like to be Snapped from Yelena’s point of view. Hawkeye visually demonstrates Yelena’s experience as well as the five-year gap where she discovers Natasha has died.

Yelena’s grief is understandable, but one has to wonder if she and Barton will team up in the last episode of Hawkeye. In last episode’s exciting revelation, Florence Pugh as Yelena discovers that she was hired by Kate’s mother Eleanor (Vera Farmiga) and secretively her employer. Fans will notice that her employer is a familiar face. The news of Vincent D’Onofrio returning as Kingpin is significant.

With Disney holding the rights to Marvel characters, it seemed that for a time the Netflix versions of Marvel characters might never be seen again (via Mashable). Now with D’Onofrio returning as well as Charlie Cox as Daredevil, fans may get literally the melding of the best of both worlds. Kingpin is a larger-than-life character who fans are delighted to see return. And this would be the perfect opportunity for Yelena and Barton to team up. Hopefully, this is not the last viewers will see of Florence Pugh as Yelena.

The Disney series has been setting up Young Avengers to take up the mantle from their counterparts. WandaVision introduced Wanda’s children Tommy and Billy who have their own alter egos in the comics (per The Ringer). Patriot was also set up in The Falcon and the Winter Soldier (via Radio Times). This new color scheme may be the hint that Florence Pugh is ready to take over as the new Black Widow. 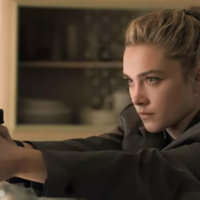 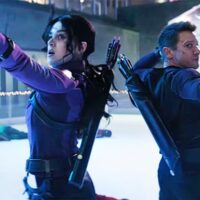 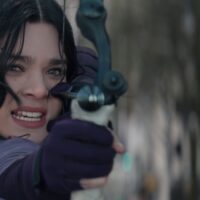 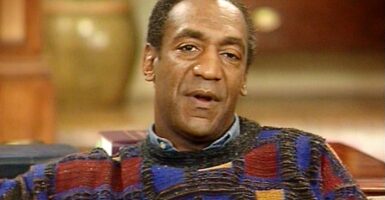 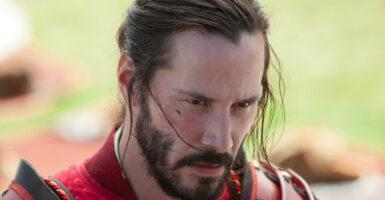