Flash Gordon fans rejoice, there is a reboot of the franchise coming in the near future. And though many were expecting it to be an animated version of the film from director Taika Waititi, we can now expect something different, and frankly better. That’s right, there is going to be a movie made, but the director/writer/actor is now going the live-action route instead. In an interview with Collider (via CinemaBlend), producer John Davis let on the plans for the Flash Gordon reboot, saying that Waititi was handling the script that it will definitely do justice to the original.

The interview with Davis was on the heels of him having produced Disney’s Jungle Cruise which released last week. In the discussion, they got into what the plans were for the Flash Gordon remake, something that folks in Hollywood circles and fans alike have been jones-ing for over the last few years. Here is what Davis had to say about the plan for Waititi and how this could turn into a massive production when it is all said and done.

Taika is writing it. It (Flash Gordon) was a movie that was a huge influence on him growing up. It is one of his favorite movies. He initially said to me, ‘Let’s do it animated.’ I said, ‘Okay.’ Then we got into it and started developing it and he said, ‘No, let’s do it live-action.’ I said, ‘Even better… Well, he’s writing it. So when somebody writes a script that they’re going to direct, they’re obviously going to really like the script, right? So you get a big leg up, right? A lot of times, you go to a huge director with somebody else’s script and he’s got to reinvent it. They’ve got to make it their own. They’ve got to… whatever. This is going to be Taika-ready…

Davis went on to praise Taika Waititi for his work on the Thor franchise, basically transforming the tone of those movies with Ragnarok and likely with Love and Thunder as well. Bringing the same intensity and comedy vibe to a Flash Gordon remake would make a lot of sense considering the overall silliness of the character and the campy vibe we have gotten in the past.

Though he is working on Thor: Love and Thunder right now, with the filming wrapping back in early June and gearing up for a  May 6, 2022 release date, Waititi is apparently well underway on the new script for Flash Gordon as well. And Davis, from these quotes, obviously feels like that would put him in line to direct it as well. There have been talks of a Flash Gordon remake for about a decade now, with multiple names rumored to be circling the project. But nothing has ever been solidly put into place, until maybe now.

The character Flash Gordon first hit the comic strip space (pun intended) all the way back in 1934 and was wildly popular in a few different mediums over the decades. But it was the 1980 film Flash Gordon that ended up becoming a cult classic. It was the silly battle against Ming the Merciless by the former football star turned space cowboy that was universally praised by critics at the time for understanding just what it set out to accomplish. And Flash Gordon has since been a major influence on other filmmakers for its tongue-in-cheek approach to the superhero and science-fiction genres.

With Taika Waititi having brought a totally new, and fantastic tone to the Thor franchise, it stands to reason he is a near-perfect talent to handle the Flash Gordon remake as well. Heck, we already got a rumor about Chris Hemsworth taking on the titular character already. Maybe he and Waititi are thinking about teaming up for this one as well. Flash Gordon would play perfectly for both guys. We are sure to hear more rumors about the remake in the coming months, especially with so much enthusiasm around it. Flash Gordon fans definitely have reason for excitement. 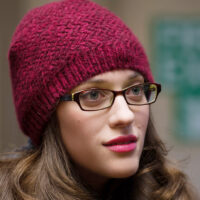