Anyone who’s ever seen Final Destination — any Final Destination — understands the sudden burst of panic upon riding a commercial jetliner (minus points if it’s headed to France), going on a rollercoaster with a selfie-obsessed photographer among the passengers, or driving down a highway and seeing a logging truck pass by. Well, TikToker Aaron Cox had the mother of all frights when he came across the premise of Final Destination 2 in real-life.

See the harrowing video below.

In the video, you can see a log had tumbled out of a truck, flying through the air and impaling a car’s windshield directly behind it. “Final Destination — literally!” a man cries out in the background, as Cox inspects the damaged van. Hopefully whoever was driving that unfortunate vehicle didn’t experience a harrowing premonition of their grisly cinematic death immediately prior to surviving it. Given the rather localized scale of the carnage and the comforting lack of victims affected, however, we’re confident the Grim Reaper isn’t personally involved. Nobody was hurt or killed, thankfully.

The catastrophic “accident” in Final Destination 2 that foretold the ill-fated story of college student Kimberly Corman and deputy marshal Thomas Burke (and their nine or so fellow motorists) is a lot like Aaron Cox’s blighted highway find, but on a much larger scale. Corman (A.J. Cook) is on her way to Daytona Beach, Florida for spring break when she experiences a horrific premonition: a logging truck causes a deadly pileup when the timbers break loose. Corman pulls to the side of the highway in hysterics as said logging truck speeds by; her friends don’t survive the ensuing explosions, but the nine or so predestined drivers behind her do.

In one sequence, Officer Burke is killed by a log plunging into his windshield and through the rear — an infinitely more macabre scene than the one shown in Cox’s video. Freak accident or scientifically plausible? Viewers used to question the physics of Final Destination; unfortunately for serial doubters, Aaron Cox’s 20-second clip is proof the threat is all too real. You can watch the log scene play out in Final Destination 2 below. First, in the “before”, when it’s all a premonition. And then, the scene where it actually happens.

The “After” scene is below.

The rest of the film is pretty textbook as far as Final Destination goes. The Grim Reaper pursues the accident’s unintended survivors and takes them out in the order they should’ve died in the pileup, often in outre, immoderately gruesome ways. Corman and Burke team up with the previous installment’s only survivor Clear Rivers (Ali Larter) in thwarting Death’s plans; they manage to stay ahead of the Reaper by creating “new life” a.k.a. the only way the remaining targets could be saved. The curse is seemingly defeated when Corman attempts to drown herself and is immediately defibrillated back to life. After an incidental victim dies at the end of the movie, Corman and Burke seemingly come out unscathed. Unfortunately, a newspaper clipping in Final Destination 3 reveals they died falling into a woodchipper five years later. In the Final Destination films, nobody ever escapes death, not for life. It’s no surprise most Millennials, who grew up with the franchise, are perpetually scarred by the very concept of a personified Death figure undoing every lucky escape that comes their way.

The last Final Destination was Final Destination 5, starring Nicholas D’Agosto (Gotham) as go-getter protagonist Sam Lawton. Lawton and his colleagues are on their way to a corporate retreat when they’re stopped on a bridge. He experiences a cataclysmic premonition of said bridge collapsing, resulting in numerous deaths. Lawton gets all the passengers out of the bus just as cracks begin to form underneath them; they escape the bloodbath just in time. Like everyone that came after him — turns out Sam Lawton was the original psychic — the survivors of the bridge collapse perish in a separate accident. Curiously the same plane crash — starring Devon Sawa as fan-favorite Alex Browning and Larter as Clear Rivers — that set the whole franchise in motion. Unlike previous installments, which pitted the average Joe against Death itself, the next Final Destination will feature emergency responders as main characters for once.

“We’re toying with having it take place in the world of first responders: EMTs, firemen and police,” series producer Craig Perry tells Digital Spy. “These people deal with death on the front lines every day, and make choices that can cause people to live or die. We rely on their good judgement, expertise and calm demeanor. So why not put those people in the nightmare situation where every choice can bring about life and death — but now for themselves? We’re thinking that world might be an interesting way into a Final Destination movie, and one which can also generate unique set pieces in a very credible way.”

Interestingly, the last time a first responder was involved was in Final Destination 2, in the character of Thomas Burke, played by Michael Landes (Angel Has Fallen). Burke was a state trooper and was, quite literally, the first law enforcement officers responding to the Route 23 pileup. Final Destination 6 is scheduled to come out next year. Warner Bros. and New Line Cinema are producing, with Saw veterans Patrick Melton and Marcus Dunstan tapped as screenwriters. Like the last film, Final Destination 6 will be an attempt at a soft reboot of the franchise. 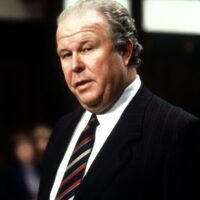