The single best comedic film of the entire 1980s is now on Netflix and we could not be happier to take a day off to watch it.

The 1980s were an enormously transformative time for comedy in film. The wild, anarchic comedy mavericks of Saturday Night Live like Bill Murray and Dan Akroyd were settling into increasingly nostalgic projects like Spies Like Us and Scrooged. In their place, a new group of stars that straddled the line between goofy comedy and drama was taking hold of Hollywood. They would retroactively be called the Brat Pack (a name many of them despised) and more than a few of them owed their early success to the films of John Hughes. The joke writer turned ad man turned screenwriter turned filmmaker ushered in a whole new kind of teen-oriented comedy in the 1980s, and eventually peaked with the single best comedic film of the entire decade. That movie is the 1986 classic Ferris Bueller’s Day Off and it is now streaming on Netflix.

Ferris Bueller’s Day Off stars Matthew Broderick as the title character, a high school senior a month from graduation who fakes being ill in order to take a day off and hang out with his best friend Cameron (Alan Ruck, who was 29 at the time of filming) and girlfriend Sloane (Mia Sara). Over the course of the day, he is pursued by both his overzealous high school dean of students Ed Rooney (Jeffrey Jones) and his suspicious, resentful sister Jeannie (Jennifer Grey). Hijinks ensue.

However, summing up Ferris Bueller’s Day Off by its plot is like describing Star Wars as a story about a father and son without issues. The movie was a star-making turn for Matthew Broderick, who had previously starred in WarGames and Ladyhawke but had not yet truly broken out. The role was apparently first offered to Anthony Michael Hall, who had previously worked with John Hughes in 16 Candles, The Breakfast Club, and Weird Science. After Hall had scheduling conflicts, Tom Cruise, Michael J. Fox, and most intriguingly, Jim Carrey were all up for the role. Ultimately, John Hughes revealed he had written Ferris Bueller’s Day Off with Matthew Broderick in mind. It became not just his signature role, but a character that he would actively work against in future films by increasingly choosing roles as a frazzled nebbish like Election, The Cable Guy, and The Producers.

Ferris Bueller’s Day Off is not so much a high school comedy as a weird, almost magic-realism journey through an idealized Chicago. Ferris, Cameron, and Sloane all go to Shermer High School, the same as the characters from The Breakfast Club and 16 Candles, though there does not seem to be any other overlap. Ferris himself is a near-mythical figure in his own time, but also does not conform to any particular high school stereotype. He is not a jock. He is not a nerd. He is popular and beloved not only by other students but apparently by the world at large (a running joke in the film is the various campaigns in the background to “Save Ferris” and even a 911 operator takes a moment to ask about his health). In the world of Ferris Bueller’s Day Off, Matthew Broderick is an eternally blessed and successful teen, but he also is not a jerk or in need of a comeuppance in order to bring him back down to earth. There truly may not be another character exactly like him in film. He’s a holy fool without being foolish, a con man without an ounce of malice in him, and even at the end of the day, a good friend.

Of course, it helps that Ferris Bueller’s Day Off breaks out an astonishing series of techniques to keep the movie constantly moving. Most famously, Matthew Broderick consistently breaks the fourth wall throughout the film to talk directly to the audience. While there is a lot of precedent for this in comedy films (the Marx Brothers and Jerry Lewis both frequently deployed the technique), Ferris Bueller’s Day Off does not use it for simple punchlines or eye-rolls. Instead, it becomes a source of deep emotion and empathy for the characters, revealing the fears and doubts of even the most confident character in film history.

Similarly, John Hughes’ zeitgeist-changing mastery over music curation helps turn a simple comedic story about teens into something greater. The famous use of the Dream Academy’s cover of the Smiths’ “Please Please Please Let Me Get What I Want” to underscore the deep melancholy of Alan Ruck’s Cameron is as effective as Yello’s goofy “Oh Yeah” to introduce the pivotal 1961 Ferrari 250 GT California Spyder they borrow from his father for the day. It is one of the stranger things of film history that a politically conservative, fame-averse middle-aged man from Illinois would be so in touch with the alternative music scene of the 1980s that he could make songs instantly iconic for generations.

Reportedly, John Hughes wrote Ferris Bueller’s Day Off in a single week, typing it out in a trance-like state to beat a deadline before a Writers Guild of America strike. He packed the movie with beloved Chicago landmarks like Wrigley Field, the Art Institute of Chicago, and the Sears Tower, yet the movie feels universal. It also helps that it is stuffed with jokes, goofy voices, rapid-fire sight gags, and a plot that owes as much to Wile E. Coyote and the Roadrunner as it does The Breakfast Club. Against all odds, all of this came together to form the apex of 1980s comedy, and it is available for you to watch on Netflix right now. 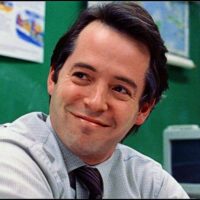 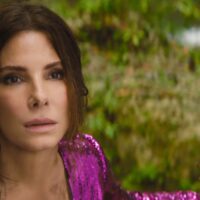 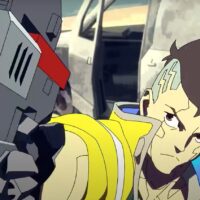