Felicia Day: Why You Haven’t Seen Her Since 2017

Felicia Day is the consummate triple-threat when it comes to TV. She is first and foremost an actress with a long list of credits. But she is also an executive producer and a creator/writer, two more talents that keep her extremely busy in Hollywood. She’s so busy you may not have seen her on screen much lately, here’s why.

Felicia Day began her career at the turn of the century when she starred in the 2000 TV series Emeril. While she only appeared in two of the eleven episodes, it was a nice entry into what was soon to become an amazingly busy career.

Not long after Emeril, Day took on a role that would give her more recognition. She played Vi in the Joss Whedon hit series Buffy the Vampire Slayer. This started a two-year run where Felicia Day was seen in quite a few TV series. They included For the People, Undeclared, Century City, Strong Medicine, and One on One. During this time Day also appeared in June, Warm Springs, and Mystery Woman: Vision of a Murder. Those three were TV movies.

Day bounced around the next couple years from TV series to TV movies to feature films. Another big role Day found herself involved in was the TV series Supernatural. She had a recurring role that covered 20 episodes. Now her movie resume doesn’t have many big names on it, but it continued to give Day a rounded experience which was key in her first big venture.

In 2007, Felicia Day debuted a web series on YouTube called The Guild. This web series was created, written, and starred Day. The show revolved around Codex (Day) who is a gamer and is the Priestess of an online gaming guild. The story follows Codex and her life as a gamer.

In real life, Felicia Day is an avid gamer. After two years of hardcore gaming, Day deciding she wanted to write and produce content that told about the life of a gamer. She first wrote the series as a TV sitcom pilot, but then it morphed into a web series where she had more control over the content. Smart move.

The series was a massive hit, first showing on YouTube for season one, then moving over to Microsoft’s Xbox Live Marketplace, Zune Marketplace, and MSN Video for seasons two through five. With the change in Microsoft’s business model, Day wanted to keep full control over the series, so she moved it back to YouTube and aired it on her Geek & Sundry channel. Season six was the last season of The Guild.

During The Guild’s six-season run, it took home many awards. It won the YouTube Video Award and the Yahoo! Video Award. The series also brought home a number of Streamy Awards to include Best Female Actor in a Comedy Web Series and Best Writing for Felicia Day.

Continuing to gravitate towards internet excellence, in 2008 Felicia Day starred as the female lead in Doctor Horrible’s Sing-A-Long Blog. The three-act web series was a massive cult hit and it, perhaps more than anything Day has done, propelled her into the hearts and minds of audiences.

The series was written by Buffy creator Joss Whedon and starred Neil Patrick Harris as Doctor Horrible and Nathan Fillion as Captain Hammer. There’s a lot of singing, which Felicia Day pulled off adorably, as always.

Day would go on to create and star in the popular web series Dragon Age: Redemption as she continued rocketing along the path towards internet dominance.

With the success of The Guild, Felicia Day found producing to be something she was good at. Plus, it gave her more control of the material she truly loved. Her executive producing credits include Written by a Kid, The Flog, Fetch Quest, Outlands, TableTop, and Co-optitude. These are but a few of the many series Day has been involved with.

It seems Felicia Day’s talents have no limits. She is also a writer. Obviously, as the creator of The Guild, she penned most of the series. But she also has a hand in others. They are The Flog, Spooked, TableTop and Mystery Science Theater 3000: The Return.

Another series Day is well known for is the web series Vaginal Fantasy Book Club. This one was also on Geek & Sundry and followed Day with a few cohorts as they would gather with wine and smut in hand to discuss a new romance novel each month.

Perhaps Felicia Day is more than a triple threat. In addition to all of the above, she is also known for her voice acting. She has done voice work on shows such as Stretch Armstrong & the Flex Fighters, Skylanders Academy, Adventure Time, Glitch Techs, and Robot Chicken.

Now 41-years-old the multi-talented Felicia Day is as busy as ever. In 2017 she gave birth to her first child, a daughter. Felicia is married but tends to keep her personal life, even the identity of her husband, totally secret and private.

Currently Felicia Day is voicing Mary Jane Watson on Marvel’s Spider-Man animated series. Felicia Day is also working on the series Star Wars: Detours. But she’s done less since the birth of her daughter in 2017, probably to allow her more time to focus on responsibly parenting a baby who needs her. 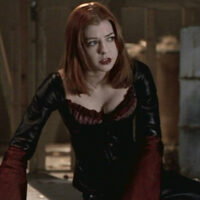 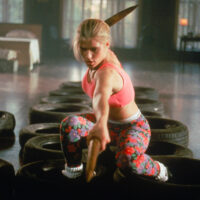 Kristy Swanson: Why The Buffy Star Did Playboy And Where She Is Now