Supposedly, there was a trailer for Fantastic Beasts 3 that was going to drop today, but there are definitely more important things going on in the world right now. It seems like the trailer was, understandably, delayed due to the current conflict in Ukraine.

The prevailing wisdom seems to be that people likely have too much on their minds today to pay much attention to the new Fantastic Beasts 3 trailer, so it makes sense to pull it. If you’re not up to speed, Russia is actively invading Ukraine, with the assault beginning in earnest last night. Shelling occurred in major Ukrainian cities like Kyiv and Kharkiv, and Oddessa. According to Ukraine’s health minister, there have been 57 deaths and 169 wounded due to the invasion. Anti-war protesters have erupted in Russia and the US has decided to place heavy sanctions on Russia until they withdraw their invasion force. Other countries are also agreeing to sanctions. Here’s an announcement Tweet from noted film critic Grace Randolph regarding the delay:

The tragic conflict facing the Ukrainian people should be the main focus for everyone today. But, if you are looking for the latest Fantastic Beasts 3 news, there’s plenty to get excited about.

Fantastic Beasts 3, officially titled Fantastic Beasts: The Secret of Dumbledore is set to release on April 15, 2022, so we should be getting another trailer any day now. With the release only a couple of months away, it’s likely this may be our last full-length trailer before we see the movie hit theaters.

In Fantastic Beasts 3, we’ll have Eddie Redmayne returning as the magical zoologist Newt Scamander. In the previous movies, his adventures saw him cross paths with the villainous wizard, Gellert Grindelwald, and the Obscurial, Credence Barebone – who actually has another name that would be a spoiler if you haven’t seen the previous installments. Judging by the full title of the movie, it looks like we’ll be seeing a lot more of Jude Law’s younger version of Albus Dumbledore in this installment. Other returning actors include Ezra Miller as Credence, Dan Fogler, Katherine Waterston, and Alison Sudol. Mads Mikkelson also makes his debut as Grindelwald, after taking over the role from Johnny Depp.

While we will have to wait longer for the Fantastic Beasts 3 trailer, the delay is the correct move. Today, make sure to keep in mind the people of Ukraine and the struggles they’re facing during this conflict. 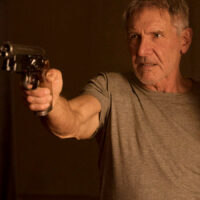 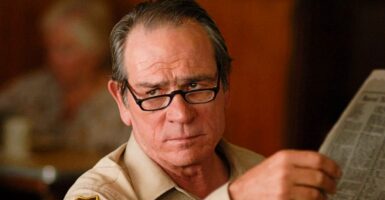