Ezra Miller cannot keep themselves out of trouble, and now the actor has been officially charged with felony burglary, though The Flash producer says everything is fine.

The DCEU is seemingly falling apart in front of our eyes, but the head brass at Warner Bros. Discovery and the producers of The Flash beg to differ. In the wake of Ezra Miller recently being charged for yet another crime, Flash producer Barbara Muschietti declared “All is good in Flash land.” While these comments were meant to clarify the status of the film following the controversial cancellation of Batgirl, the timing with the star of the movie being charged for felony burglary has instantly turned the statement into a meme.

This is far from the first time that The Flash and its star Ezra Miller have been in the news, and it doesn’t seem like it will be the last. Miller was recently charged with felony burglary in Stamford, Vermont. Vermont State Police collected statements and viewed surveillance videos to conclude that Miller had taken several bottles of alcohol from a residence while the homeowners weren’t present. Miller received a citation to appear in court on September 26.

The burglary is just the latest in a lone line of recent controversies for Ezra Miller. The Flash star was the subject of a Rolling Stone investigation that states Miller is housing a 25-year-old mother and her three children on their ranch in Vermont. The report also says that the property is an unlicensed cannabis farm with several firearms on the property. They were also arrested in Hawaii twice this year. One arrest was for disorderly conduct and harassment and the other was for second-degree assault. Miller has also been accused of abuse from a woman in Iceland and a woman in Berlin.

In the meantime, the newly merged Warner Bros. Discovery is undergoing significant changes under the leadership of CEO David Zaslav. These changes include the cancellation of the aforementioned Batgirl, reportedly for tax reasons. The movie was essentially complete, making it one of the more baffling decisions in recent Hollywood memory. The question remains why Batgirl, a movie that is free from controversy and ready for release, was axed while The Flash is apparently full steam ahead. According to Forbes, sources say that The Flash has been doing well at test screenings. It seems like they may be willing to put up with controversies of Ezra Miller and release the movie despite the turmoil if it’s going to be a hit.

This lines up with statements from Zaslav, who said, “We have seen ‘The Flash,’ ‘Black Adam’ and ‘Shazam 2.’ We are very excited about them.” It seems unlikely that Warner Bros. Discovery would want to continue to work with Ezra Miller after The Flash, but that remains to be seen. With The Flash supposedly being a multiverse-hopping movie, it’s entirely possible that they could be introducing a new version of Barry Allen that could carry the franchise forward. Perhaps this is a reason that Warner Bros. Discovery is willing to stand firm and bring The Flash to theaters. While the news around this movie has been mired in controversy, it seems like you’ll still be able to check it out when it hits theaters on June 23, 2023. The Flash will star Miller, along with Michael Keaton, Ben Affleck, Sasha Calle, Temuera Morrison, Ron Livingston, Maribel Verdu, and Kiersey Clemons. 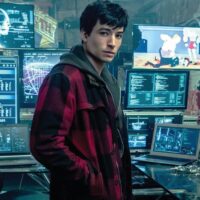 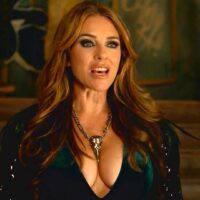