Ezra Miller is taking on a gang of female outlaws, and it looks like he may be in for more than he bargained for. A trailer dropped today for Asking for It which pits Miller’s Mark Vanderhill against a group of woman vigilantes. The film premiered last year at the Tribeca Film Festival, but the new trailer announces a much wider release.

The trailer opens with the gang, The Cherry Bombers, discussing the different betrayals and violations that brought them to their new, violent way of life. Ezra Miller’s Mark Vanderhill enters the trailer from behind a podium, for his organization the Men’s First Movement, telling his audience, “We are men, we founded this country on our backs. Now they want us to give up power willingly into the hands of people who are incapable of wielding it. Over my dead body.” Soon Vanderhill has Sheriff Morrill (David Patrick Kelly, The Crow) on his side. You can see the intense trailer below.,

According to The Wrap, the conflict kicks off in Asking for It after the waitress Joey — Kiersey Clemons, who plays Iris West in Zack Snyder’s Justice League — is sexually assaulted. The Cherry Bombers recruit her in their bloody bid to take down the corrupt men of her small town, including Ezra Miller’s Vanderhill and the sheriff, who has his hands in human trafficking. The Bombers are led by Beatrice (Vanessa Hudgens, tick, tick…BOOM!) and Regina (Alexandra Shipp, X-Men: Apocalypse). The cast also includes Gabourey Sibide (Precious) and Luke Hemsworth (Westworld). It’s due to be released in theaters, digital, and on demand on March 4.

While we’re still waiting for Asking for It‘s wide release, the film has few reviews but what’s out there is glowing. The Wrap’s Elizabeth Weitzman praises the casting, writing that the choices of talent like Ezra Miller, Kiersey Clemons, and Alexandra Shipp “flood the screen with charisma.” In spite of Asking for It being director Eamon O’Rourke’s feature directorial debut, Carla Renata — aka the Curvy Critic — calls the film a “home run.”

There are some very interesting parallels between Asking for It and some of the recent news involving Ezra Miller. The actor had a lot of people scratching their heads over the weekend after they posted a simultaneously cryptic and threatening message to their official Instagram account. The actor said the video was directed specifically to the Beulaville, NC chapter of the Ku Klux Klan, saying, “Look, if y’all want to die, I suggest just killing yourselves with your own guns. Okay? Otherwise keep doing exactly what you’re doing right now, and you know what I’m talking about. And then you know, we’ll do it for you.” You can see the video below.

Vice spoke to the Southern Poverty Law Center — known for tracking the activity of hate groups — who reported that it hadn’t tracked any Klan activity in Beulaville, and even said Klan activity has been on the decline nationally. Vice also pointed out that Ezra Miller lives in New Jersey, so it isn’t clear what their connection is to the group. 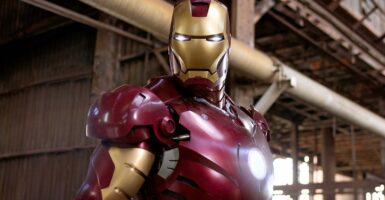 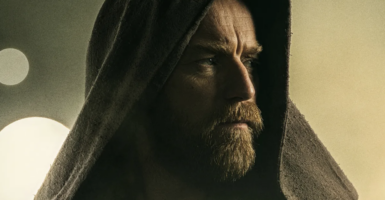