Walker Scobell was having a pretty good year already with a hit movie under his belt. Then things got even better this week when he was cast to head up a major franchise that is rebooting in series form. And because this is Hollywood and news tends to cascade and/or build on itself when it comes to talent, there could be even more big casting news for the young actor before it’s all said and done. The latest Giant Freakin Robot exclusive from our trusted and proven source has it that Walker Scobell is being eyed to take on the role of Robin in The Batman 2 when we see a return to that newest version of Gotham City.

While this is all still very early on in the process, we do know that The Batman with Matt Reeves at the helm and Robert Pattinson in the cape and cowl is set to be a trilogy of films before it’s all said and done. And we know that along with that, there are major plans to develop a number of different projects around this version of Gotham City. So of course the studio, if going for a comprehensive view of the Batman universe, would want to add some version of Robin sooner than later. In this way, Walker Scobell could fit right in, bringing a younger version of the character than we’ve seen before in most live-action film settings. But it would still play along with the boyish charm the actor has already shown he can bring to bigger productions.

It isn’t totally clear how The Batman 2 would bring in Robin, or even which version of the character they have in mind. Considering Pattinson’s Bruce Wayne doesn’t exactly scream father figure, it’s hard to imagine Walker Scobell as the Dick Grayson version of the character. But Matt Reeves and company haven’t adhered one-to-one with some Batman source material so they could take this in a number of different directions.

Of course, the big news for Walker Scobell this week was the announcement that he’d been cast to play Percy Jackson in the new series on Disney+. It’s going to reboot the popular character from the Rick Riordan novels who’d gotten a movie adaptation back in 2010 with Logan Lerman taking on the titular character. The movies were merely meh considering the stories they had to work with, but this could work much better in series form in terms of character and world-building. One has to think that Disney is the right studio for this kind of project.

And Walker Scobell is just coming off his big break in this year’s Adam Project in which he played the young version of Ryan Reynolds’ time-traveling character. Breakout is probably an understatement seeing as how this was the actor’s first credited film role. It’s quite the jumping-off point considering he was working with one of Hollywood’s truly elite stars in Reynolds. The Adam Project was a top performer on Netflix for multiple weeks with critics praising Scobell’s performance, holding his own with Reynolds on screen. Others clearly took notice and the young actor is on his way to being a star himself.

We are sure to get more casting news for Walker Scobell in the near future, and we will have to be on the lookout to see if the studio can actually end up bringing him on as Robin in The Batman 2. 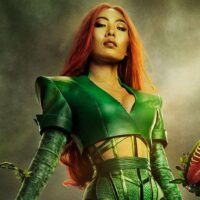