When The Three-Body Problem finally hits Netflix, we could be looking at the streamer’s next huge offering. It’s shaping up to be a massive science-fiction epic with some of the best source material around. Series creators David Benioff and D.B. Weiss have some experience with just this kind of thing, adapting award-winning books into massive on-screen affairs. And we are starting to get a sense of some initial casting. Giant Freakin Robot has the exclusive from our trusted and proven source that Tommy Lee Jones is in talks to join the series as the primary villain. It would be some major casting news if they can close this deal and land one of the greats for the production.

It isn’t clear exactly who Tommy Lee Jones will be playing in the Netflix adaptation of The Three-Body Problem for a couple of different reasons. For starters, the series is a Chinese novel adapted to English but it looks like from some of the other casting news that they are going to make it a multicultural production. That likely means changing character names from the original text. Also, considering this is part of a larger series, there are a number of different folks involved, both human and not so much. From that sense, Tommy Lee Jones could take a couple of different roles here.

The Three-Body Problem is based on the science fiction novel of the same name by Liu Cixin. It is part of a larger series (Remembrance of Earth’s Past) though the series is usually just referred to by the first book title. This Netflix series has something in common with another series that Weiss and Benioff adapted for HBO. That was Game of Thrones which was the title of the first book of the Song of Ice and Fire series. In this latest one, the two look like they are bringing Tommy Lee Jones into another sweeping and layered story that could develop into a long-running series.

The story in The Three-Body Problem is told throughout multiple timelines in a world that is facing an alien invasion. There is an alien species from another solar system that has set its eyes on Earth. And there are those on Earth who are welcoming the possibly violent and devastating arrival. Though the book has the Chinese Cultural Revolution as its backdrop, that could change for Netflix considering the Tommy Lee Jones casting news and some of the other folks that have already joined on to the production. Netflix announced some of those last week with Eiza Gonzalez (Baby Driver). Benedict Wong (Doctor Strange), Jovan Adepo (Watchmen), and Tsai Chin (Shang-Chi) are all here. Plus Game of Thrones alums Liam Cunningham and John Bradley as well.

With Tommy Lee Jones possibly being one of the last major Netflix casting announcements, production on The Three-Body Problem is set to gear up in November. Though it isn’t known how many episodes are planned for this first season, there’s a chance this is a major offering for the streamer. Considering the names behind the production, I think we can expect huge things here. And as for Tommy Lee Jones, he’s also agreed to take part in The Burial in which he’ll co-star alongside Jamie Foxx. 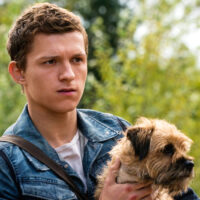 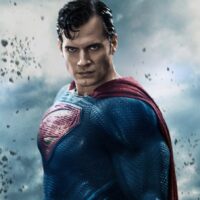