Before Tony Stark sparked the Marvel Cinematic Universe, there were plenty of one-off superhero movies. One of those was Kurt Russell’s Sky High, a coming-of-age story about a kid with two superheroes for parents. While the 2005 release may have been forgotten by many today, there are plenty of fans who caught the film in movie theaters the first time around and haven’t let go. From what we’re hearing, Disney may be counting on that. A trusted and proven inside source for Giant Freakin Robot has shared with us that a Sky High reboot is currently in development at Disney.

Of course, reboots take a lot of different forms. With the original film released more than 15 years ago, the studio has plenty of options for a Sky High reboot. They could have the new project take place in the same universe and make mention of Kurt Russell’s superhero character sometimes, or that of his son Will Stronghold. Characters from the original could actually appear in the new project, even just in small parts. There were plenty of big names in that first one, including Bruce Campbell of Evil Dead fame and Mary Elizabeth Winstead, who now plays The Huntress for DC. Alternatively, they could reboot the story with all new characters, never mention the original, and start fresh. This raises the question of what Disney has planned for their new reboot. Will Kurt Russell get back in his superhero costume for another go around? At this time, the project is still in development, Disney is talking, and we were unable to learn the details of what they have planned for their approach to the Sky High reboot storyline.

While we would assume that their new project is going to be a movie, we were unable to confirm that detail. With the studio going all-in with Disney+, it’s possible that the new reboot will see Sky High on the platform. Perhaps they’ll make a TV series? Or a made-for-streaming movie? Recently, their Pixar hit Turning Red released solely on streaming, so that’s not a very far-fetched conclusion. However, we can only speculate on their release plans. It’ll be interesting to see how they develop this one. Sky High was based on the idea of a superhero high school, which seems just made for a Disney+ series.

It makes a lot of sense that Disney is looking at Sky High, especially now. With reboots all the rage, Sky High is one of the properties in their catalog begging to be developed for another go. The movie was a hit with critics, who gave it a 73% on Rotten Tomatoes. It was a box office success, earning more than $86 million on a $35 million budget. It had a lot of actors who still pull in audiences. Moreover, superheroes are hotter than ever.

Making a kid-friendly superhero movie today seems like a no-brainer. Especially if they’ve decided to take advantage of their Disney+ platform. On top of all that, the kids who watched Sky High the first time are now having kids, and wanting to share some of the stories they loved with children of their own, making a reboot for this one an easy sell. It’ll be interesting to see how quickly they move through development on this one and how they choose to bring this story back so many years later. 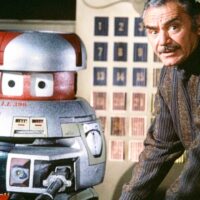 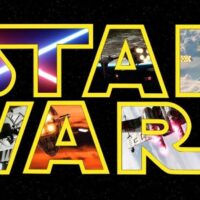