It’s been a long time since Sigourney Weaver last played Ellen Ripley. In fact, if you’re keeping track, she hasn’t portrayed the character since Alien: Resurrection, all the way back in 1997. The actress has moved on to other roles, and the franchise itself has moved onto other stories. But that doesn’t mean everyone has given up on seeing Ripley on screen again. Giant Freakin Robot has exclusively learned from one of our trusted and proven inside sources that Disney wants to see Sigourney Weaver return for their next Alien movie.

Our source shared with us what the studio wants to do, but we were unable to confirm what Sigourney Weaver thinks about her future as Ripley. Previously, she worked with Fox on her Alien movies. Since Disney acquired Fox a few years ago, they’ve been inventorying their new properties and making decisions on how to move forward. The latest Alien movies from Ridley Scott have been the prequels Prometheus and Covenant. Those movies don’t include Ripley and they haven’t done as well at the box office. The franchise has also been making Alien vs Predator movies, but these aren’t the same as the Sigourney Weaver projects in tone or audience.

Rebooting Alien in a way that will turn profitable is not going to be an easy task. After some failed attempts at Fox to bring the franchise back to popularity, it isn’t clear what the sci-fi horror movies need in order to become the kind of blockbuster Disney wants to see happen. Of course, Sigourney Weaver is a great place to start.

Ripley is still a character that fans love to regularly reference and create fanart for. Sigourney Weaver is currently 72 years old, which is definitely older than she was when she first starred in Alien. Ripley has always had an action-heavy part to play in the Alien stories. However, that hasn’t stopped 79-year-old Harrison Ford from signing on to Disney’s Indiana Jones 5, so it hardly seems like a stopping point for Weaver.

Currently, Sigourney Weaver is set to return for James Cameron’s Avatar 2. (Yes, even though she died in the first one.) She’s also reprising her role as Dana in Ghostbusters: Afterlife. With her currently returning to two of her past major franchises, this may be Disney’s best moment to see if they can get her signed on to play Ripley again.

It’s important to note that Sigourney Weaver has turned down the chance to reprise her role as Ripley in the past. Again, Disney has a challenge ahead of them. The director of District 9 had an idea for Alien 5 that he wanted to see Ripley in, and when news of that came out, Sigourney Weaver suggested that maybe it was time to retire her character. She didn’t sound definite about this though, just like she needed convincing that a great story could still be told for Ripley. Hopefully, the studio will get a great Alien story together that will convince both the actress and audiences to return for a new installment. 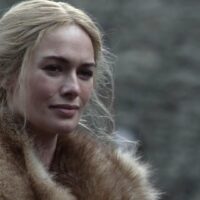 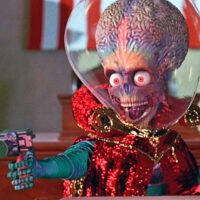