Scarlett Johansson might be completely done with the Marvel Cinematic Universe, but she is certainly not done with Disney. Although there had been some bad blood that was caused by the marketing flub of putting Black Widow on Disney+ instead of premiering in theaters, that breach of contract lawsuit was settled between Johansson and the media giant. Now it appears as if Disney is doing right by the actress, as we have learned from a trusted and proven source that Lucasfilm is heavily targeting Scarlett Johansson for a Star Wars film.

Star Wars is currently going through a bit of shuffling, as the slate of movies being developed continues to be altered. The new trilogy that was being created by Rian Johnson has been put on hold, and the reports are that now Taika Waititi is the next director to helm a feature in the Star Wars mythos. Could that movie be what Lucasfilm has in mind for the actress? Scarlett Johansson appearing in a Star Wars movie directed by Taika Waititi would be amazing. We can only speculate that this is the project they have in mind, as our source was unable to confirm. It would be a great move, though.

Taika Waititi is arguably the best director at Marvel, as Thor: Ragnarok is one of the best Marvel films. Thor: Love and Thunder, the sequel to Ragnarok, has the makings of being one of the best films in the franchise as well. Scarlett Johansson has the gravitas that matches up well with the bonkers directing style that Waititi possesses.

There are also reports that Star Wars is aiming to move away from the Skywalker Saga, as President Kathleen Kennedy stated that legacy characters should no longer be recast, meaning that the storyline should finally be put to rest. With the news that the Skywalker Saga should be done away with permanently, why not bring in Scarlett Johansson for Star Wars, but in an older era? There have been plenty of whispers that Star Wars might return to an older period, and that is the case for the books that are currently detailing “The Old Republic” which is an older period in the Star Wars mythos.

Fans have been clamoring for a story set in the timeline when Darth Revan existed, which is an older Sith Lord that dominated the time long before The Clone Wars ever took place. This storyline was made popular by the Knights of the Old Republic video game series. A fun factoid is that Revan was officially canonized in Star Wars: Rise of Skywalker, as his name was briefly mentioned. We honestly have not seen any older Jedi than the Jedi Council that ruled during The Clone Wars era. Johansson could be a founding member of the Jedi Order, and one that deals with the older and more terrifying Sith masters.

Regardless of which direction Disney and Lucasfilm take with this expansive universe, adding Scarlett Johansson to a Star Wars film is a fantastic idea. Although she was part of The Avengers, she was still always a shining spot in all those ensemble films. So much so, that even after her character had been killed, she was still given a prequel solo movie. That is how popular she is. She would be a hugely welcomed addition to the Star Wars universe, and there haven’t been many female leads. Fans are still on the fence about Daisy Ridley, but Johansson would never be questioned in a starring role. 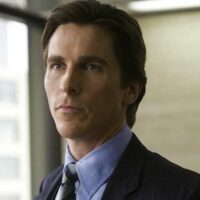 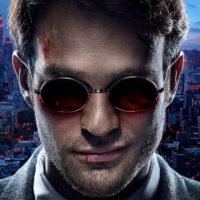 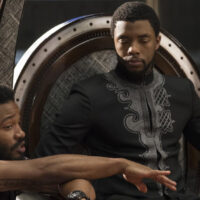