Should we be worried about Robert Pattinson’s Batman movie? The trailer looked awesome, assuaging the fears many previously held about this new project for DC. And yet, the reshoots. Previously, it was announced that Pattinson and Colin Farrell were headed over to Glasgow in July for some reshoots. Most assumed that would be the end of it and the reshoots weren’t really a cause for concern. While it can sometimes be a sign of trouble, normally, reshoots aren’t a sign of lack of confidence. They’re a part of the creative process. They’re part of making a great movie happen. Sometimes, however, they happen when a studio and creative team are in disagreement. Now, we’ve learned from our trusted and proven inside source that Warner Bros has a problem with The Batman.

At this time, the studio is having “major” reshoots done. Warner Bros isn’t happy with where the Robert Pattinson movie is at. They feel that major changes need to happen to the film currently slated for a March 4, 2022 release. This doesn’t seem like a good sign at all. We weren’t able to learn specifically what Warner Bros feels the problems are.

Andy Serkis has described The Batman as being darker and broodier than other Batman projects. Has this movie somehow gone too far for the studio this time? Did the movie prove different than the studio expected? During all the time it took to get The Batman up to this point, it’s possible that either the studio or the director’s vision for the film has changed. Pandemic lockdowns caused delays. The film was delayed even further than Robert Pattinson reportedly had COVID. During all that time, did DC’s expectations change?

It’s also possible that with so many breaks for delays during production for Robert Pattinson’s Batman, the movie has gotten a bit lost. Most creatives like to work on something straight through so they can hold their vision together. Is it possible that the delays caused the people working on the movie to lose touch with their creation, and now it’s just not what it could have been?

The previous round of reshoots were expected to finish production in mid-July. Those reshoots focused on Robert Pattinson’s Batman, Colin Farrel’s Penguin, and were split between two locations. That sounded like a focused and specific need. The second round of reshoots sounds like a wider and more concerning problem. While it would be good to know what Warner Bros feels the problem is, the much bigger question here is whether the studio is right about The Batman needing more work. A lot of fans may have doubts about the studio’s judgment on this.

While ultimately, Warner Bros gets to make decisions about their productions, this is the studio that put out the original Justice League in 2017. It’s been said that the studio executives didn’t like that movie when they saw what Joss Whedon had done. Are they seeing The Batman and having deja vu? Are they realizing they need to do something this time? Or should they be leaving Matt Reeves and his vision for Robert Pattinson in The Batman alone?

Exclusive: The Joker Is In Robert Pattinson’s Batman 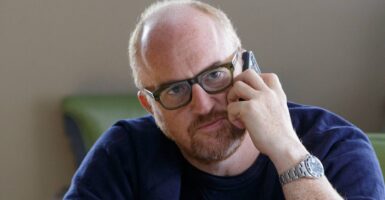