Exclusive: Nobody 2 Has Been Given The Greenlight

I don’t think anyone would have thought Bob Odenkirk an action star, not exactly looking like a dude who you’d imagine mixing it up on the big screen with an array of martial arts skills and heavy weaponry expertise. But that’s kind of why Nobody worked the first time around. It gave us an understated dude who just happens to get pulled back into the assassin game, and the flick completely paid off. Now Giant Freakin Robot has the exclusive from our trusted and proven source that Nobody 2 is a full go and we are going to get even more Hutch Mansell.

While there are few other details about Nobody 2 and what we might expect from this movie, it’s easy to think about where it might at least pick up. The first flick left us in a place that most definitely screamed “sequel coming”, done purposefully to leave things a bit open-ended without compromising the first story at all. There was a little bit of a head nod that Odenkirk’s Mansell could be getting back into the government operative mix more on a full-time basis, but it didn’t end up affecting much of the first movie’s plot structure.

In Nobody, we were introduced to Odenkirk as Mansell, a former government assassin who has since retired and adopted a very boring and mundane civilian life. His past is mostly a secret, especially to his kids and coworkers who see him as an ineffectual wuss, someone who can’t even defend his own family when their home is broken into. But the building tension that he can’t repress the deadly skills he has much longer ends up boiling over in an epic fight that leads him right into the Russian mob’s crosshairs. It’s a pretty insular story, though in some ways, like John Wick, there is a sense that we have a much, much bigger world here and the first movie was only scratching the surface.

While it’s far from confirmed, we could see a lot of the primary pieces back in Nobody 2. For starters, that first movie’s overlap with John Wick wasn’t a coincidence. The flick was penned by Derek Kolstad who created that Keanu Reeves-led franchise. And we could see Ilya Naishuller back in the director’s chair as well. The cast came out of the first film mostly intact as well. Connie Nelsen played his wife Becca, plus there was Gage Munroe and Paisley Cadora as the two children. Plus, we could get Christopher Lloyd back as Hutch’s absolutely bad-ass father and RZA held down the end of the movie as Harry, Hutch’s brother. A post-credit scene from the first movie suggested that these two were just getting started when it came to re-arming themselves.

In all, getting a Nobody 2 is awesome news for a franchise that could really start to blossom here. Bob Odenkirk was perfect in the role, obviously no longer a Nobody himself, but possibly in danger of running into enemies from the past. Like John Wick, there are a number of ways this movie and franchise can go from here. 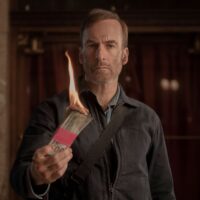 Bob Odenkirk’s Nobody 2 Is In The Works, Our Scoop Confirmed? 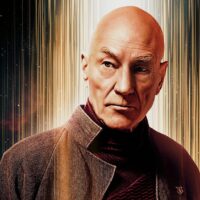