Star Wars fans have always been hungry for more from their favorite cinematic universe. Today, audiences have a ton of content on the way via upcoming series on Disney+. Previously, fans who wanted more turned to the stories told in Legends. One of the most popular characters from Legends has been Mara Jade, a character many have waited to see established in a live-action movie or series. Now, thanks to some work from one of Giant Freakin Robot’s trusted and proven inside sources, we’ve learned that a Mara Jade series is finally in development.

Mara Jade was first introduced to fans in 1991 by Timothy Zahn, the author who also first introduced Grand Admiral Thrawn, a character currently said to be appearing in Rosario Dawson’s upcoming Ahsoka series. It seems like Lucasfilm is now getting on board with bringing more Legends characters to the screen. Audiences know Mara Jade’s story from her childhood to her death. We weren’t able to confirm at what point in the timeline the new Mara Jade series is going to take place. Will the series follow her as a smuggler? As the Emperor’s Hand? Will it follow her time on the Jedi Council as a Jedi Master? Will the Mara Jade series show her as a young force-sensitive human working for the Emperor, growing, and then eventually becoming a Jedi?

One of the big questions is around Mara Jade becoming a Skywalker. In the books, she marries Luke Skywalker. However, there is plenty of story established for her character where she could have an interesting arc without that ever happening. Luke Skywalker’s marriage isn’t yet canon, and may be a difficult plot point for them to write in with how much of his story has been shown at this point. Wouldn’t marrying Mara Jade not only change some points in his story, but his character as we know him? On the other hand, if the writers decide to not include their marriage, this may anger fans of Mara Jade as they know her from the books. It’s going to be interesting to see how the writers handle this for her new series.

Luke Skywalker is of course one of the most important characters in Star Wars, which makes it easy for fans to focus on Mara Jade’s marriage to him. It seems like the easiest way to introduce her character without having that come up will be to show Mara Jade working as the Emperor’s Hand, before her marriage. That still introduces her character and raises questions for the cinematic universe for later, but it won’t be something they have to deal with as the series begins.

Outside of the Luke Skywalker question, Mara Jade is a great character to explore what it means to be a force-sensitive human caught between the New Republic and the Empire. Turning her story into canon is going to be a challenge, but one that could definitely pay off for the Star Wars universe if done well. It’s going to be interesting to see how they make it happen. 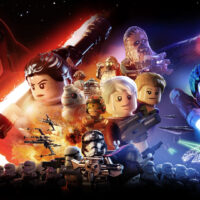