While Harrison Ford has starred in many movies over his prolific career, audiences will always know him as Indiana Jones, Rick Deckard, and Han Solo. He seems pretty okay with that, as he’s returned for sequels to all three franchises within the past decade. But will he ever step back into Star Wars? The original cast often seem to be done, but then appear in new productions over the years. We had questions. Now, a trusted and proven inside source for Giant Freakin Robot has shared that Harrison Ford will play Han Solo again. We hear that the actor recently filmed his part for an upcoming project.

While Giant Freakin Robot’s source was unclear on what upcoming project Harrison Ford was on set for, we’re hearing that it was either The Mandalorian season 3 or The Book of Boba Fett. We also hear that Harrison Ford filmed a de-aged Han Solo for the project.

This likely wasn’t anything new for Harrison Ford. The 79-year-old actor has recently been filming Indiana Jones 5. Photos from the set have shown markers on his face that hint at de-aging CGI being used for at least some of his scenes. It also won’t be new for the Lucasfilm Disney+ shows, whichever one he appears on. One of the big surprises at the end of The Mandalorian season 2 was the appearance of Mark Hamill as a de-aged Luke Skywalker.

With the iconic original characters placed firmly in the same universe and point in the timeline, it makes sense that Disney would want to get Harrison Ford back as Han Solo as well. Of course, this begs the question: will Mark Hamill return again? Fans have a lot of hope he’ll be seen in The Mandalorian season 3, but we have no word yet. It would be great to see Hamill and Ford together on screen again, were that to happen.

Before Mark Hamill appeared in The Mandalorian season 2’s finale, the actor seemed sure he was done with Star Wars. Harrison Ford and Mark Hamill’s stories both had endings in The Rise of Skywalker that seemed pretty definite. The use of de-aging technology has changed the game, but fan reactions to this are still mixed. Some want to see more stories told with Han Solo and Luke Skywalker using de-aging technology and the same actors, others call for the characters to be recast, and others still would like to see Star Wars move beyond the familiar and expand into new ground. While The Mandalorian is certainly telling new stories, it also brought in elements like Baby Yoda (Grogu) to give fans a familiar base.

Does it seem more likely that his recent time on set was for The Book of Boba Fett or The Mandalorian season 3? If he appears in The Mandalorian season 3, fans will want to see Han Solo alongside Luke Skywalker again. That would be a huge win for Lucasfilm, but possibly more difficult to make happen since they’d have to get Mark Hamill and Harrison Ford both on board at the same time. The Book of Boba Fett won’t have that same fan expectation and would be a great way to pull in more original material for the bounty hunter’s new series. However, that’s only speculation. We’re hearing that he was filming one of the two, and we’ll be excited to learn which one. 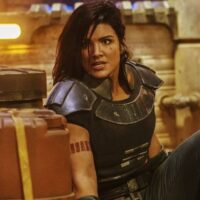 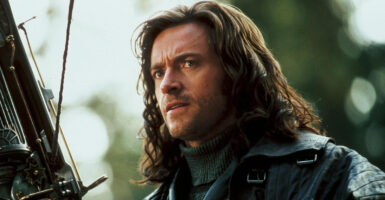 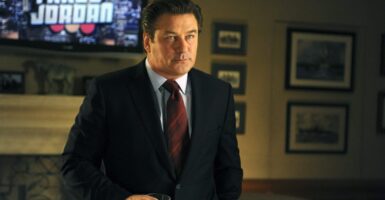 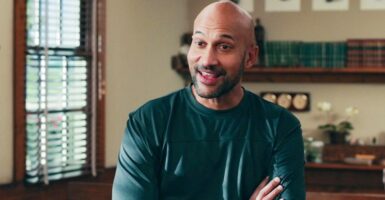 A Violent Chris Hemsworth Movie Is Taking Off On Streaming