Harley Quinn is, understandably, one of the most-loved characters in the DC Extended Universe. Now, thanks to work from one of our trusted and proven inside sources, we’ve learned that Warner Bros is currently developing a live-action Harley Quinn show.

Because Harley Quinn is so well-loved, audiences will of course want to know a lot more about this. While we were able to confirm that the series will be live-action, our source was unable to share with us whether Margot Robbie will be involved, or if the series will be treated as a The Suicide Squad spinoff like Peacemaker and thus led by filmmaker James Gunn. Shortly before the release of The Suicide Squad, James Gunn told the Script Apart podcast that while he wanted some time to rest, if he had his way, his next project would likely be season two of Peacemaker. However, he’s also talked a lot about his adoration of Margot Robbie as Harley Quinn, and how fun she is to write for, so if the actress is in, he likely is as well.

And what would tempt Margot Robbie, star of the big screen, to make a Harley Quinn series for Warner Bros? The opportunity to introduce more female DC characters to the screen. We’ve seen her enthusiasm for making this happen many times over the years. During an interview with ET she was told that Leslie Grace was cast in Batgirl for HBO Max. The actress and producer then got excited and swore she would talk to DC about Harley Quinn and Batgirl appearing in a project together. She’s shared in multiple interviews that she feels Poison Ivy and Harley Quinn should meet up in live-action, as they do in the comics. Then, when promoting Birds of Prey, she said she prioritized it over Gotham City Sirens so that Birds of Prey could bring more lesser-known DC women to the screen.

Whilst I was researching the character I started to read Birds Of Prey and first I fell in love with Huntress, and I started looking into all of that. I was like, ‘Wow, there’s so many cool female DC characters and no one knows anything about any of them!’ So what if we had a platform for fans to get to know and fall in love with some of these other amazing women?

The Peacemaker series for HBO Max has John Cena as his character from The Suicide Squad. So far the series sounds very much like a solo project centered on Cena. However, since James Gunn is writing and directing it, audiences won’t be surprised if the story becomes more of an ensemble experience by the end. While the character seems like quite the loner, James Gunn has a history with ensemble stories. Could James Gunn and Margot Robbie soon be pairing up for a similar adventure for Harley Quinn?

Right now, HBO Max is developing a Batgirl movie with Leslie Grace, Black Canary with Jurnee Smollett, and we hear they have a live-action Huntress project in the works as well. Introducing some of these characters sounds like the perfect job for a Harley Quinn series.

As mentioned above, we were unable to confirm that Warner Bros has managed to get Margot Robbie on board with this, only that they are committed to creating a Harley Quinn live-action series. While it may sound preposterous that they could be doing this with another actress in the lead role, it’s entirely possible. This is a studio currently employing multiple Batmans and Supermans. They are not afraid of expanding their universes or their content. And, while a Margot Robbie-led Harley Quinn series is what fans most want to see, it may be a safe bet that any Harley Quinn series is better than no HQ series at all. 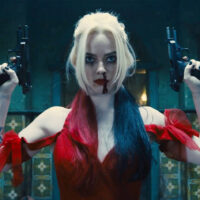 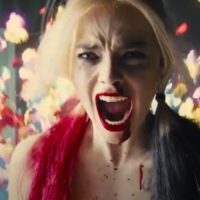