Gal Gadot is currently in talks to star in the new Paramount Star Trek movie.

Gal Gadot might be one of the most sought-after actresses in the world right now, and the fan-favorite Wonder Woman leading lady is set to boldly go where no one has gone before. Through our trusted and proven sources, we can report that Gal Gadot is currently in talks to star in the new Star Trek movie. While the movie is currently in limbo right now, this is still a huge announcement, as adding Gadot to the already impressive cast would be huge for the franchise.

The issue with Gal Gadot joining this new Star Trek movie is that there has not been a ton of movement on the front of who is going to direct the movie. Initially, Matt Shakman was gearing up for the next chapter of the Star Trek movie universe, but he opted to drop out to direct the new Fantastic Four MCU reboot. This has led to the new movie being stuck in limbo. However, with Gadot being added to the cast, this could mean that a positive movement is now happening in the form of a found director.

Gal Gadot being added to the Star Trek cast is huge as she would be joining franchise regulars Chris Pine, Zoe Saldana, Zachary Quinto, John Cho, Karl Urban, and Simon Pegg. The issue is that none have signed on to return to the new movie just yet, though with Gadot being cast, it could mean that we are now going to be given the announcement that Star Trek 4 is certainly underway again and all returning cast has signed on as well. Or Gadot might just be leading a brand-new movie that is removed from the already-established prequel movies.

Paramount had removed the movie from its slate of releases, which had a designated release of December 2023. This was one of the proverbial nails in the coffin for the franchise, though Gal Gadot joining the new Star Trek movie could mean that it has life once again. We would not imagine that Gadot would be signing on to a new movie if that movie was going to be dead in a few months. Also, it could be that she has signed on for the villain role, one that she is set to portray in Disney’s Snow White, where she plays the Evil Queen.

Gal Gadot could be wanting to branch out more in her roles and being the villain in Star Trek 4 would be fantastic. Gadot has long played the hero, as she has become one of the central figures for the DC Cinematic Universe as Wonder Woman. However, she has been leaning into more of the “bad guy” role in movies like Red Notice and the new Snow White live-action reboot.

Should Gal Gadot play a villain in Star Trek, she might be the Borg Queen, which would then attach her to another villainous role of royalty. Also, she could portray a Romulan princess of sorts, which would fit her quite nicely as well. Either way, this announcement of Gadot joining such a storied franchise is huge and could mean that we are finally going to see movement on Star Trek 4 finally getting into the production stages. 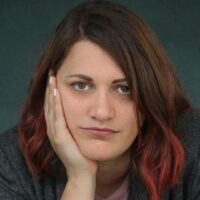 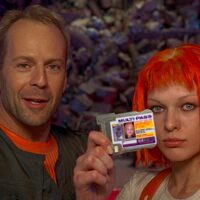