Dwayne Johnson is a superstar’s superstar. He’s already shown the ability to headline about any type of movie, commanding the screen not only with his sheer size but his personality as well. It’s turned him into a true A-lister, someone who now has a great deal of say over not only his roles but how productions will be handled as well. But according to the latest Giant Freakin Robot exclusive from our trusted and proven source, it looks like he didn’t get everything he wanted when it came to his first foray into the world of comic book movies. Apparently, Dwayne Johnson wanted Black Adam to have an R-rating, but Warner Bros wasn’t willing to go that far.

According to this latest exclusive, things got pretty dialed up when the conversation came to the rating for Black Adam. Dwayne Johnson was strictly in the camp of making it an R-rated film, not wanting to dial back any of the violence in the film. But Warner Bros wasn’t having it. There seems to have possibly been a “truce” on this situation with the agreement that the sequel, Black Adam 2, will get the R tag. But that still remains to be seen. It wouldn’t appear that Dwayne Johnson would come on the “losing” side of too many of these disagreements with a studio, but if this is accurate then WB had their heels dug in pretty far on keeping Black Adam PG-13.

While the details about the Black Adam rating aren’t totally clear, it’s pretty easy to make base assumptions about where the differences between Warner Bros. and Dwayne Johnson would have been. There is a good chance the split was around the movie’s violence. By all early accounts, Black Adam is set to be a pretty dark movie with the character starting as something of a villain before coming around to joining the Justice Society of America. We saw from the first scene that was released during a DC event, that the Dwayne Johnson character has little regard for human life, taking out of a group of soldiers pretty easily. That kind of body count wouldn’t be enough to give the R-rating, but there were probably many, many other stops along the way that could have tipped the proverbial scales.

And it isn’t like Warner Bros. is completely averse to getting their DC movies out of PG-13. Heck, this summer’s The Suicide Squad was basically as rated R as it gets in terms of the violence. But there are different considerations for a movie like Black Adam. Where The Suicide Squad was something of a reset for that franchise, the Dwayne Johnson movie could be a tentpole production for the studio. That means getting as many people into the theaters as possible. And it’s simply easier to do with a PG-13 rating, making it more accessible for younger age demographics. There’s a simple bottom line for the rating system in this case. Sure, movies like Deadpool can still be massive box office hits, but why risk it at all?

When we get Dwayne Johnson in Black Adam there is likely to begin a shift in the DC Extended Universe, putting one of Hollywood’s biggest stars in a massive comic book production. It could be one of the best things to ever happen for the franchise. And at least time around it will be for a wider audience. But if Dwayne Johnson has his way, that won’t be the case for the sequel. 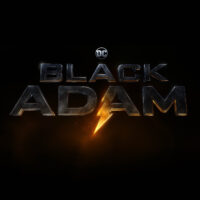 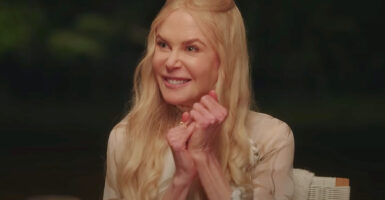