Doctor Strange 2, or Doctor Strange in the Multiverse of Madness as it is called, is promising to cap off a colossal multiverse arc for the Marvel Cinematic Universe. WandaVision has kicked that storyline off in some massive ways and looks like it will continue to open up a world of possibilities moving forward. With Doctor Strange in the Multiverse of Madness selling the idea of multiple dimension insanity in its very title, we are hoping for some game-changing appearances in the sequel. And thanks to some new information we have acquired, the movie is going to introduce some seriously high-profile characters into the Marvel Cinematic Universe.

According to our trusted inside source – the same one that gave us our confirmed exclusive scoops regarding Don Cheadle appearing as War Machine in The Falcon and the Winter Soldier and Josh Brolin returning to the Marvel Cinematic Universe as Thanos – Doctor Strange 2 is going to introduce the characters of Namor the Sub-Mariner, Mr. Fantastic of the Fantastic Four, and Professor X from the X-Men. This has been confirmed directly from the set of Doctor Strange in the Multiverse of Madness which is in the midst of production. These characters make up most of the members of the Illuminati in the Marvel universe, a secret society of superpowered beings that attempt to control events from behind the scenes.

With Doctor Strange 2 giving us these integral characters, there is no doubt that Doctor Strange in the Multiverse of Madness is now poised to be one of the most crucial entries in the entire Marvel Cinematic Universe. This also means that these roles have possibly already been cast. It is going to be intriguing to see if Marvel is able to keep their identities a secret or if that news will also leak out before the movie lands in theaters. There is no doubt that every one of these roles is a part that fans have been chomping at the bit to see enter the Marvel Cinematic Universe. You can bet that their casting will be monumental additions to the ever-expanding roster of Marvel actors.

Honestly, this also makes a lot of sense in the story. Doctor Strange 2 is going to present the Marvel universe with a sizable threat in regard to the splintering multiverse. In the comics, the Illuminati are brought together after the Kree-Skrull War because each member had knowledge and information that could have helped prevent disasters before they happened. since we know that Stephen Strange is acutely aware of such dangers, it makes sense for him to try and bring together these characters in secret to possibly help prevent another future shattering of the multiverse or any other threat that might be too great for any one individual or organization.

This is a gargantuan development in the Marvel Cinematic Universe. We knew Doctor Strange 2 was going to showcase some serious appearances, but this sounds like the kind of setup that could be part of Marvel’s major gameplan going through Phase 4 and possibly into Phase 5. The Illuminati are some of the biggest players in the Marvel universe, and introducing them is going to have serious ramifications for the future of the Marvel Cinematic Universe. 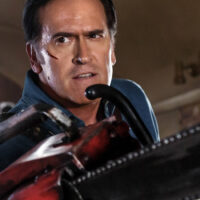