Brie Larson isn’t going anywhere. She will be returning to the Marvel Cinematic Universe in the upcoming sequel/ensemble movie The Marvels and also has an Apple series, Lessons in Chemistry, in the works. There are also reports that she will be teaming up with Amber Heard for a major project over at the streaming giant Netflix. And it looks like that platform is more than happy to stay in the business of making Brie Larson projects. Thanks to some inside information that was obtained from one of our trusted and proven sources, it sounds like Netflix has some other plans for the star that would give her even more room to showcase her acting abilities.

Our source is reporting that Netflix wants to give Brie Larson her own show. It certainly seems like the actress has a very good relationship with the powers-that-be over at Netflix since they were the ones that distributed her directorial debut, Unicorn Store. Ever since then, it seems that they want to maintain a working partnership with her, and giving her a series that is her own would certainly go a long way in ensuring she sticks with the streaming platform in the future. Exactly what the premise of this series would be is unclear at this moment, but we can confirm that Netflix is offering some serious incentives for Brie Larson to sign on the dotted line.

This might add some more fuel to the fire that Brie Larson is planning to pull back or totally end her time over at Disney in the Marvel Cinematic Universe. If she does decide to commit to a series with Netflix, it will probably command a significant chunk of her availability. That could mean that she would not have the time for a lot of major appearances in some of the Disney+ series that are coming down the pipe. Considering the prominence her character Captain Marvel plays in the larger scheme and makeup of the Marvel Cinematic Universe, it would almost certainly mean that character will be taking a backseat in the future if Brie Larson decides to dedicate her time to a Netflix show.

And one has to wonder if Netflix will let Brie Larson be a major creative force in this proposed series. As we said, that seems to be part of their offer in order to entice her to commit to the project. Would she be on the show as both a lead actor and a producer? Would she be behind the camera as a director? What about potentially writing the series or even acting as the showrunner? All these questions add up to a very intriguing possibility for an original production from Netflix and the actress.

There is no doubt that Brie Larson headlining and controlling her own series over at Netflix would be a big piece of news in the entertainment sphere. If she does decide to take the plunge, it will be fascinating to see what she does with such creative freedom. If we are able to learn any specifics about the project, we will make sure to report them here. 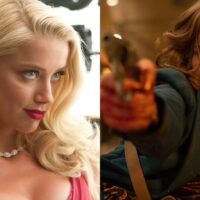 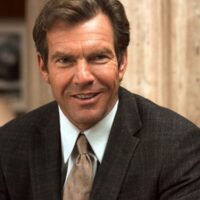